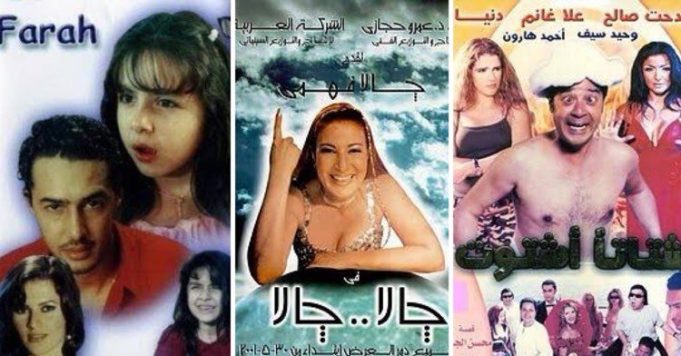 There are way too many movies we can all easily agree we like, right? But what about the movies that are known to be flat-out-bad, yet we can’t stop watching them? Need to refresh your memory? Here are 10 movies we all hate to admit we love!

This Medhat Saleh movie was and remains to be one of our ultimate guilty pleasures. We mean, summoning a female ghost by mistake? A classic theme of the early 2000s and speaking of which…

Another ghost film that we absolutely love is Jala Jala. This time though, the ghost “Jala” is a good one who ends up saving the family out of many hardships!

We know this is isn’t a good movie, but it definitely gave us all a good vibe. A mischievous young orphan who helps two star-crossed lovers and they all end up living happily ever after. Classic.

The early 2000s was the golden era of Moustafa Kamel both music wise and cinema wise, don’t you guys agree?

How many times were you flipping through TV channels out of boredom and this movie came on and you just had to watch it? We know it’s lame, but it’s just too enjoyable!

Is it just us or did you too block the fact that this movie was actually cool at some point in our lives? Yeah, we’re guilty, we just love Hakim!

Were you a Star Academy fan? If yes, you’ll definitely understand why we had to watch this movie as kids and teens.

Another star that dedicated his career to make guilty-pleasures at that time was Hamada Helal. One we absolutely still enjoy till this day is El Hob Keda, the Egyptian version of ‘Are We There Yet?’!

Aside from light comedies, there were also thrillers. Remember this one creepy Hanan Turk movie where her best friend turned out to be a serial killer? What a gem!

Throwback to this one action movie where all the hottest young talents met. Our favorite merry band of thieves before Welad Rizk and La Casa De Papel ever existed.