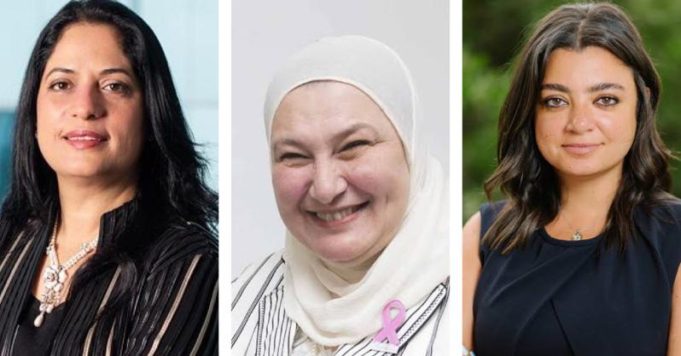 Forbes recently revealed its list for Power Businesswomen in the Middle East 2020,  and we were very pleasantly surprised to come across the names of 10 Egyptian ladies who made the cut.

Such significant recognition of Egyptian women filled us with pride and joy beyond words. So, without any further ado, let’s meet them!

In 81st place came Abir Leheta. She is the CEO of Egytrans; the leading transport and logistics company. Leheta is a true pioneer in her field and she’s out there making all women look brilliant!

Ranked 75 on the list, Hoda Mansour is the Egyptian-British lady behind the ground-breaking success of SAP Egypt; serving the post of Managing Director!

Reem Asaad, CEO of Raya Contact Center came in number 69. Asaad was recognized for her expertise in financial services in both the U.S and Egypt and for being a member in multiple financial associations!

Ranked at number 60 is the Chairperson of the Export Development Bank of Egypt, Mervat Zohdy. And what’s also worth mentioning is that Zohdy is the bank’s first ever female chairperson!

Hend El Sherbiny, who came in 53rd place is the CEO of Integrated Diagnostics Holdings (IDH), the industry leader in Egypt, and a leading consumer healthcare company in Africa!

The two sisters, ranked in 40th place, are both running their father’s (Mohamed Khamis) retail business, Oriental Weavers. And have been doing a great job at it, for a while!

And the 33rd spot on the Forbes list went to Elham Mahfouz, CEO of Commercial Bank of Kuwait. Did you know it’s the second oldest bank in Cairo?

Pakinam Kafafi has been the CEO of TAQA Arabia, a leading firm in the energy distribution field, for a really long time. Kafafi ranked number 31 on Forbes’ list!

Ranked 24 on the list, Mona Zulficar is the Founding Partner and Chairperson of Zulficar and Partners Law Firm. She was also selected in the past as one of the Global 100 young leaders of the 21st Century by Time Magazine!

We can’t express how honored we all are for the prestigious acknowledgement of these remarkable Egyptian women. And we hope to witness more and more female-empowerment roles in the near future!