In Egypt, we take our magnificent history for granted. We even blame it for the boring “taree5” classes at school, but the Egyptian history is much more fascinating than you might think. Here are some interesting facts that might get you to read more about our history:

1. The Shape of the Pyramids was inspired by the sun rays. *plays here comes the sun from Bee movie* 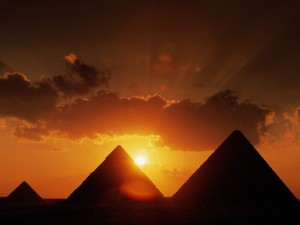 2. Pharaoh Pepi II had the longest reign in history.

He came to power when he was only 6 years old, and died at the age of 100- meaning he ruled Egypt for 94 years. He used to let his slaves cover their skin in honey to attract flies away from him.

3. Many Egyptologists believe that King Tut was killed by a hippopotamus.

I’m sure it was tragic, but it’s kinda funny. 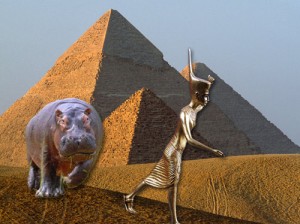 It’s okay though, they didn’t have birth control then.

5. Cleopatra wasn’t Egyptian; she was Greek.

Her family moved to Alexandria, where she was born, when Alexander the Great came to Egypt. In fact, she had nothing to do with the ancient Egyptian civilisation at all. 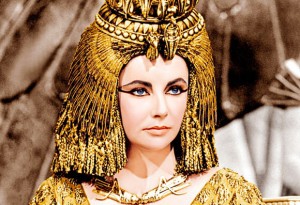 6. Most pharaohs, including famous rulers, were reportedly overweight.

7. Speaking of overweight, Queen Hatshepsut was believed to be obese and bald. 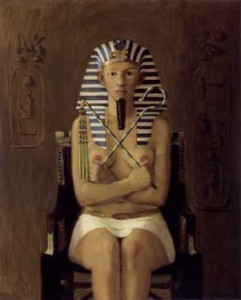 8. One of the first ever recorded peace treaties was between Ramses II and the Hittite Empire, now modern day Syria.

9. Both males and females wore make-up.

They believed it protected them from the evil gods. Evil gods don’t mess with the glams! 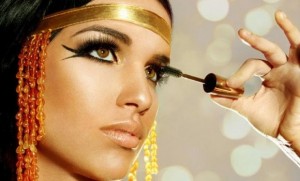 10. Ancient Egyptians had almost 1000 gods. They didn’t single out a particular god; they worshiped them all.