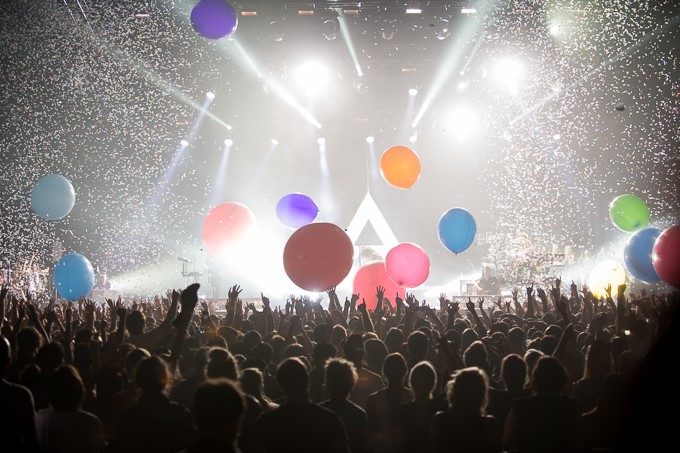 The music industry is brimming with auto-tuned, remixed records that lack any authenticity or rawness. All of this strips the songs off of their potential meaning. Often times, chart-topping singles are good enough and catchy on their own, but when other artists take them on and add their own flare to them, the resulting covers can truly be awe-inspiring. Here are the top 10 inspired celebrity covers of the hits of other equally as successful artists:

Problem was last summer’s pop anthem and one that we couldn’t turn up loud enough in our covers. When Ireland’s newest breakout talent, Hozier, took it on, he completely revamped its sound, adding an irresistible indie rock flare to it.

American country-turned-pop sweetheart is known for her relatable breakup ballads and so when she decided to cover Vance Joy’s indie folk hit, she took us all by surprise. Thankfully, she delivered an immaculate piano-led cover that captured the entire emotional essence of the song.

Demi Lovato’s Cover of Ed Sheran’s “Give Me Love”:

Demi Lovato’s one of the mainstream music industry’s few artists with big, strong vocals. In this cover, however, she resorts to donning it softer vocals to truly bring out the meaning of Ed Sheran’s ever-loved tune. Needless to say, I think I got goosebumps.

Taking Miley Cyrus’ classic bubble-gum pop tune, Bastille made it grungier. They go all the more daring by adding a part of Billy Ray Cyrus’ “Achy Breaky Heart” to throw some risqué shade. Nevertheless, I kind of, sort of love it more than the original.

Personally, I believe Jared Leto’s voice can make any song out there sound 10 times better- there’s something about his effortlessly raspy vocals that makes them so soothing to listen to. Despite the song being originally a duet, Leto manages to sing both parts to perfection.

Ed Sheran’s Cover of Hozier’s “Take Me to Church”:

Being a very emotion-laden song, with deep psychological as well as religious inner conflicts, covering “Take Me to Church” is definitely not a walk in the park- it needs to be done with utmost caution in order to retain its meaning.  Ed Sheran, however, flawlessly does so, making all listeners swoon in the process.

What can be better than a baroque pop cover of one of my personal guilty pleasures (yes, I sometimes listen to Taylor Swift. I have no shame)? Imagine Dragons are such a versatile band that they can effortlessly divert from their usual alternative rock vibes to deliver an awesome cover of Taylor Swift’s hit and combine it with Ben E. King’s  iconic “Stand By Me.”

“Wrecking Ball” holds so much heartache and pain that it seems only appropriate for the connoisseurs of chill-worthy electronic/indie tunes London Grammar would cover it. The lead singer Hannah Reid’s vocals are, as ever, hauntingly beautifully as she croons Cyrus’ lyrics sans-auto tune; perfection.

Who hasn’t been addicted to Lana’s hit single at some point in time? Admit it, that song is more addictive than coffee. Tom Odell, and a very impressive choir of backup vocalists, add so much more feels to the song with strong vocals, and an on-point arrangement.

I’ve saved the most shocking for last! “Call Me Maybe” is literally the epitome of annoyingly catchy mainstream songs, yet Ben Howard, miraculously manages to add a lot more meaning to it through a revamped arrangement and his, of course, notably impeccable vocals. What is this sorcery?