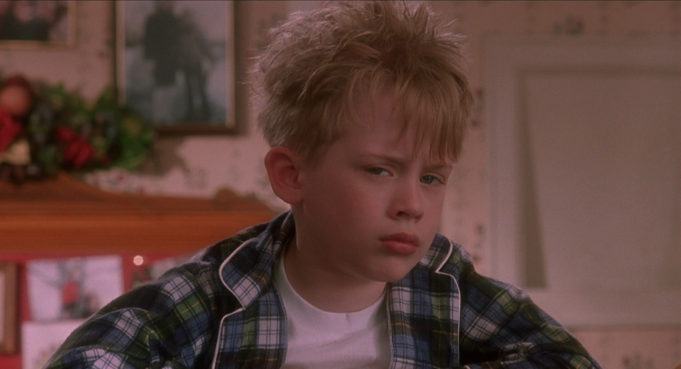 ‘Home Alone’ is a staple during the holiday season. It seems impossible to skip Christmas or New Year’s without catching the movie on TV.

As adults, we tend to see things differently. When we look back at certain movies or series, we realize that some things just don’t make sense.

Here are some of the questions that still make us wonder about ‘Home Alone’ at the beginning of 2019:

1- Why Didn’t Kevin Call the Cops?

Even people who don’t live in the US are familiar with the emergency services hotline number. Kevin is already using the phone to enlist the services of other people to deliver stuff and even to order pizza.

I mean, as a kid, calling someone to help you after your parents left you behind is a tad more important than ordering pizza for dinner, right?
Though you can’t help but admire how calm he was about it. Let’s be honest, growing up, it taught us that being home alone isn’t a reason to panic but rather to party!

2- What Kind of a Job Did Kevin’s Father Have?

Can someone tell us what college or school Kevin’s father attended to have a job that allowed him to plan such a vacation for two large families? Two years in a row?!
We’ll plan a Christmas vacation for this person immediately!

3- How Kevin’s Dad Never Defended Him against Uncle Frank?

Uncle Frank is one of the household members who constantly roasted Kevin, why is it tolerated? We understand that kids banter all the time, that’s actually quite normal. But if an adult roasts my kid…he’ll surely have a piece of my mind.
How can a mother tolerate that without giving him hell?

4- What Kind of Conversation Did Kevin’s Parents Have with Him After They Reunited? 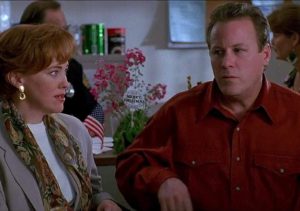 “Haha, sorry about that, champ! These things happen, you know? Bet you did have some fun, right? Uh-h…so anything interesting happened while we were away?”

5- Why Fuller Looks Like Kevin More Than Kevin Himself? 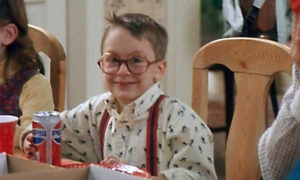 Actually, we do have an answer for this one: Fuller was played by Kieran Culkin, Macaulay’s brother. This is one family with a lot of talent, and with a lot of cool names for their kids too.

6- How No One Wondered What the Hell Is Going on With People Screaming Next door?

It’s a bit unbelievable that no one in the neighborhood noticed two grown men screaming in the house next door.
Besides, Kevin’s dad seems to be filthy rich, surely they could afford to live in a safe neighborhood with heightened security, don’t you think?

7- Why Didn’t Kevin Just Tell the Grown-Ups That He Is Alone?

Kevin dealt with a lot of grown-ups during the course of the two movies. Children at Kevin’s age are either very innocent or the complete opposite: utter psychopaths (Which Macaulay did play before, by the way):

Yet, Kevin seems to be very lost in the tracks of waking up alone in a big, nice, luxurious house (envy is a sin). Why didn’t he tell anyone what’s going on? It seems more natural to tell any grown up around him to help. No child would function with iron nerves in such a situation. Unless they’re a psychopath…

8- How Did They Start Cleaning Up After All That Mess?

As an adult, you can’t help but wonder how the hell the grown-ups are going to even start cleaning all of that up?

The house, post-Kevin, was a nightmare to behold, indeed.

9- Did Kevin Ever Go to Therapy?

We would understand if a grown up just walked it off and went to bed because he or she has work the next day.

But for a kid who had two thugs trying to rob him (and kill him in Home Alone 2), is it possible for Kevin, let alone the whole family, to live normally ever again?

10- How on Earth Didn’t Child Services Take Kevin Away Before Home Alone 2?

That one has been bugging us for a while. The story surely made it to the news as the bandits were even named “the Wet Bandits.”

How come no one sued the parents, accused them of negligence or even gave them a wrap on the knuckles?

Even so, how the hell did Kevin stay with the McCallisters after ‘Home Alone’ 2? Where they abandoned their child? AGAIN?!

What do you think of ‘Home Alone’? Do you have other questions that are still bugging you? Let us know.