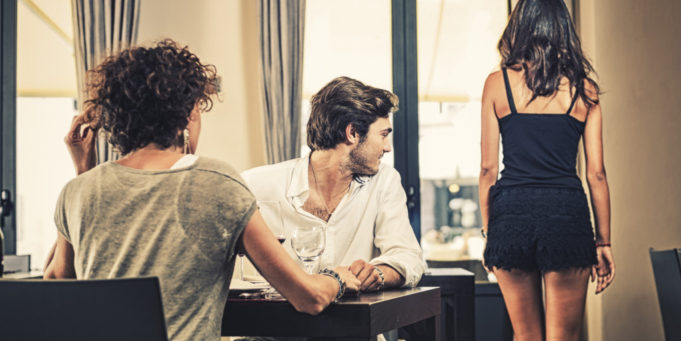 Men are simple creatures. You may argue against that but the truth is, the majority aren’t that hard to figure out. You tend to analyze EVERYTHING he does, when in fact he actually means what he says and does. So you are in your tazbeet phase, and it’s paving its way to turn into something serious. Based on your personal experience, you have some foggy elements missing when it comes to this phase. If you don’t have that figured out, here are 10 foolproof things to keep him interested.

Strike his ego every now and then. Show off his work or something he has been working so hard for. Praise him in front of his friends. Little compliments go a long way.

Don’t become a big lump of two humans. You are still you. Don’t fake who you are just to get the guy. Be yourself!

3- Give him special attention

If you are out with a lot of friends, give him your attention. It won’t make sense to him if you’re laughing and joking around with other guys just like you do with him. All the whilst not being too clingy either. It’s a fine line; try not to cross it.

Even if he’s not. Let him help you in making big decisions, or fixing your car if it broke down. Even though, you will probably be able to do all that by yourself. He is the man; make him feel needed.

5- Introduce him to your friends

If you keep going out with his friends only, he may think you’re too ‘madloo2a’ and ditching your friends for him. Not the way to go. Introduce him to your friends and let them click.

Arguments! They are inevitable. You’re bound to have them no matter how alike your mentalities are. See things eye to eye and let him win every now and then. It isn’t a competition; let things go.

This is tricky; he’s not replacing your best friend. Share your secrets with him no matter how trivial they may seem to you.

This is a no no in life in general. There is enough drama going on in the world to worry about, so being a drama queen won’t help you in any way. Don’t pick fights 3ala kol kbeera w soghayara.

9- Have a sincere moment every now and then

Being genuine goes a long way, but don’t be a mushy batatsaya all the time. Speak from the heart whenever you see a window.

He isn’t your ATM machine nor your driver. Embrace your independence. He isn’t forced to pay every single time you go out. Be a partner; you can pay the bill too!

You never know, he may be the one after all…. Keep the spark; don’t let it fade!