Identity Magazine
Home Trending Ahmed Korayma: The One Who Commits Suicide Is NOT an Infidel
Facebook
Twitter
Google+ 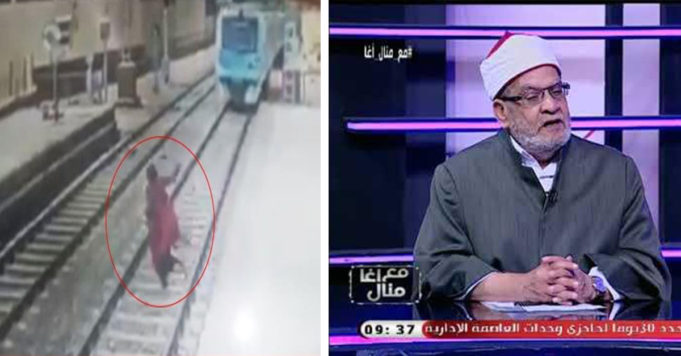 In an interview broadcasted on ‘El Hadas El Youm’ channel, Ahmed Korayma, a professor of jurisprudence and Islamic law at Al-Azhar University, stated suicide is a serious crime and a major sin, but the one who commits it is not an infidel. According to Korayma, this statement is based on the consensus of the four imams.

As stated by him, according to Sunnis in Al-Azhar, the one who commits suicide, since he is not considered infidel, should have a funeral prayer, and gets buried in the graves of Muslims like any other muslim.

Furthermore, he pointed out that the person who commits suicide, doesn’t necessarily deny religion, they only break some of the words of God, asserting a verse from the Quran: “Do not kill yourselves, for Allah has been merciful to you.”

This statement is bound to open fire on Korayema, but he is not a stranger to criticism. This is not the first time that he gives a controversial opinion; one of his very popular statements was declaring that alcohol is halal when its used for medical purposes. Another statement was indicating that Eastern was mentioned in the Quran.

What are your thoughts about this declaration? While suicide is considered by many an action that is due to mental or psychological issues, many still believe it’s forbidden, and it’s still left as a grey area.

Do you agree that the person who commits it falls under the infidels category or not? Don’t you think that classifying people into believers and infidels is far more complicated that one action can define it?

This is something we might never know the answer for.