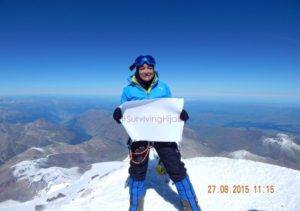 Facebook selected ‘Surviving Hijab’ (a group where women Hijabis and non-Hijabis empower one another) out of 6000 plus applicants to receive the Facebook Community Leadership Award. 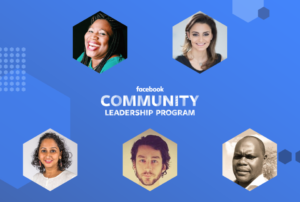 “Community leaders play a critical role in bringing people closer together. Many of these leaders turn to Facebook, Messenger and WhatsApp to create these connections, and often tell us that they could have more impact with additional support, better tools and access to funding. We created the Facebook Community Leadership Program to empower these leaders who are building communities around the world. Today, we’re announcing the 115 people who have been selected into the program as community leaders in residence, fellows and youth participants.”

So basically, Facebook announced that they’ll be investing in causes that bring people together and help build our communities. A group for supporting Hijabis was chosen among thousands of other communities that applied.

If this shows anything, it only shows us how we are light-years behind in Egypt. While very famous places -including private beaches and restaurants- ban Hijabis from entering even when they’re sticking to the place’s rules and dress code, Facebook is investing in a cause that supports Hijabis; because they obviously found the cause, rules, growth and leader of this movement promising and deserving enough. 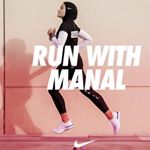 Here’s Manal Rostom, Founder of ‘Suriving Hijab’ group, who also happens to be the first Muslim Hijabi woman to become a model and a coach for Nike and the first Arab woman to set foot in Nike’s headquarters in Portland, Oregon. Manal is also the first Egyptian Muslim Hijabi woman to climb two of the Seven Summits; Kilimanjaro and Elbrus, the highest in Africa & Europe, as well as reaching Everest Base Camp and attempting the second highest mountain in the world, Aconcagua. She was also the first Egyptian woman to run the Great Wall of China Marathon.

We’re not here to discuss the validity of her cause, yet we’re sure women should be given the right to enter any place and work at any job without having her hindered or stopped because of her choice of attire. Whether she chooses to cover up in Hijab, or just not to, it stays her nonnegotiable right to do so.

Finally, we loved Facebook’s selection of Manal’s community, not because we’re pro or anti-Hijab, because we’re PRO WOMEN and this is obviously one platform that supports women and empowers them to live their lives, practice extreme sports, climb mountains without letting the community pull them back because of a piece of cloth that they CHOSE to wear.