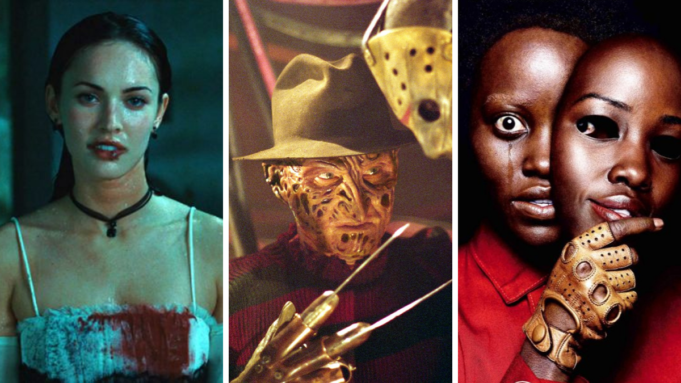 Though as Egyptians we may as well be immune to fear, Halloween remains one of our favorite times of the year. It’s not about the costume parties or the spirit (haunting and personal), really. All we need to get into the atmosphere is a few scares from our favorite movies.

We’re not going to beat around the bush here. Any list about Halloween movies won’t be complete without, well, Halloween. We know the entire series is iconic but honestly, nothing beats the classic part one and the introduction of Micheal Myers.

Yes, that is the sweet, cutesy Home Alone kid in a clear-cut psychological horror film and guess what? He’s the villain. We don’t want to spoil it for you, so we’ll stay mum about it, but trust us, you’re never going to see Home Alone the same way ever again.

Featuring another iconic and creepy villain in Freddy Krueger, Nightmare on Elm Street is a staple to the 80’s and the entire horror film industry as a whole.

Jennifer’s Body wasn’t warmly received by critics when it first came out but right now, it’s well on its way to becoming a cult classic. Since it stars Megan Fox and Amanda Seyfried, we can easily say why people are calling it the Mean Girls of horror.

Okay, you caught us. Hocus Pocus technically is a kids’ movie and cannot be filed under horror, but Halloween is just as much about witches as it is about slasher films. Trust us, you won’t regret watching this film.

The Exorcism of Emily Rose

Another thing that Halloween is about is demonic possession and although we’ve had our pick of the Conjuring films, we thought it’d be betraying the original possession movie.

The Exorcism of Emily Rose is haunting, kind of terrifying, and is exactly what Halloween represents.

The Addams Family isn’t just a family goals type of movie, it’s kind of the best tribute to the gothic pop culture. So forget all the times you told mom that this “wasn’t just a phase” and enjoy a wholesome movie about a terrifying family.

Another horror classic, Friday the 13th series has impacted a generation just as well as the Halloween series did. It also made hockey masks strangely morbid for all of us.

Can society’s bullying and harsh judgments send someone over the edge and possibly into a murderous rage? No, this isn’t a summary of the Joker film, it’s Stephen King’s classic Carrie.

The movie Us is kind of the most important recently released horror film in that it kind of isn’t a classic horror film, per se. It’s actually just a deeply intense social commentary that will pretty much leave you disturbed for a very long time.

It pained us to have to pick between favorites, but we did it anyway for your viewing pleasure. Make sure to cross as many as you can off your list.