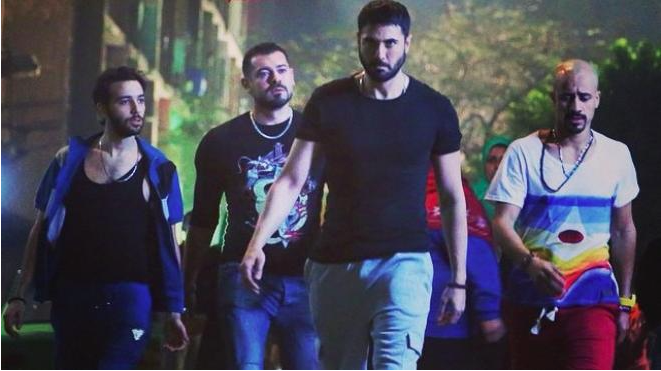 1. You Used To Be Superheroes Together

Whether it was Power Rangers, Ninja Turtles, Avengers or Abtal El Digital, each of you would pick a character and you would turn your house into your own imaginary kingdom of superheroes!

2. You’re Allies When It Comes To Parents

You’re a solid front when it comes to mom and dad, and you will gang up against them to get what you all want.

3. You Have The Same Friends

Especially if there is no significant age gap between you, you share the same circle of friends.

4. You Beat Each Other To Settle A Fight

It is not violence, it is brotherhood, because usually you’re laughing by the end of the battle!

5. You Rotate On Asking Dad For Money

You don’t get into each other’s way. One by one, that’s the strategy.

6. You Rotate On Asking Mom For The Car

God knows why, but moms always say yes to this one! So you  would flip a coin, kilo bamia, anything but you will figure it out between you, and the winner takes the car.

7. You Technically Have The Same Closet

It is not called borrowing each other’s clothes like girls do, because you don’t actually recognize your own clothes from your brother’s! You just pull out any random item and put it on!

8. No Snitching To Parents! No Sir

Once again, you’re a united front. Secrets are secrets; that’s the core of brotherhood. You cover up for each other.

9. You Beat The Sh** Out of Anyone Who Touches Any Of You

Well, that’s violence, but you don’t care for that. No one lays a hand on any of you and lives to tell the tale!

10. You Have Inside Jokes That Only Make Sense To You

Even mom and dad won’t get it.

11. You Know About Each Other’s Love Life

It’s not like you pillow talk, but you know when one of you has a sweetheart. It’s an excuse to tease them to death!

Most of all, you love each other. There is no better sign than this one to prove that your brothers are your best buddies.