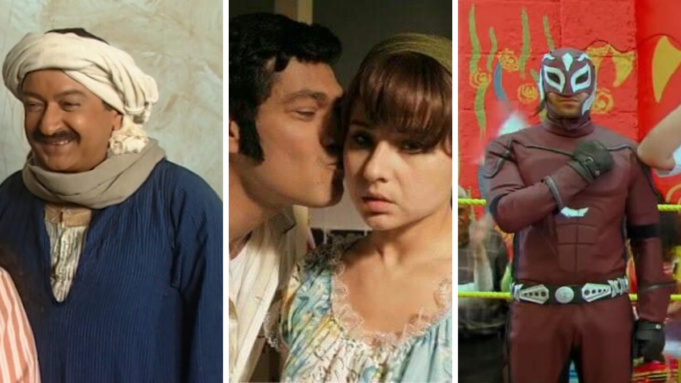 While you’re brushing through Netflix left and right for something new to binge-watch, you might have stumbled upon a few Egyptian productions there.

As you look more into it, you will notice that even though Netflix is adding a lot of Egyptian movies and TV shows, you can’t help but have…opinions. See, there are some productions Netflix is just missing but needs to add right now!

A story that is as deeply personal as it is wholly Egyptian, Bent Esamaha Zat takes us through a story that is not only intriguing but also historical. And, well, it’d be a shame if we deny that as an export to everyone else.

Dysfunctional families, magic, and possible prophecies — these are three things that can describe El-Saba3 Wasaya but, honestly? Describing it is pointless because any description won’t do it justice. A series of mystery and thrilling events like this should make it out there. We didn’t make the rules.

Okay, so maybe we want to see Soad Hosny take the world on, while singing and dancing, in high-def but, come on, don’t you want the same thing? Yes, we thought so too.

Who hasn’t seen this gem of a show once or twice or fifty-three times, right? Even with all of these re-watches, we just can’t help but want to give this show more re-watches, while spreading it to as many platforms as possible.

Also, can you imagine Saniya’s wedding with Netflix subtitles? We cannot wait.

Egyptian women rarely get their stories told this brilliantly, especially in situations like the ones that happen on Segn El-Nesa. And this is why this show needs to be picked up by Netflix ASAP.

Although we want almost every Mohamed Khan movie ever made to be put on Netflix now, we need to start off slow with this gem of a feel-good movie. Don’t you miss the classic Khan angles like we do?

This may be a distant memory now, but once upon a time, all of Egypt was waiting their Ramadan days and nights just to follow a hardened detective played by Khaled El-Sawy as he starts solving the highest-profile murder mystery in town: Who Killed Safy (Rania Youssef)?

And because it’s been that long of a time since we’d seen this show, well, we think it’d be the perfect timing for a Netflix pickup.

We all know the whole “man selling his soul to the devil” plot is kind of a staple now, but do you know what isn’t? That same devil trying to prey on the damned man’s family to get them all to sell their souls, all while the man tries to repent and fix his own mistakes.

Powerful stuff, isn’t it? Well, the cast is just as powerful too and we think it’s about time this platform picks up on the dynamic duo that is Yehia El-Fakharany and Nabil El-Halafawy.

We’ll admit it. We just want to see the memes with even-funnier Netflix subtitling but, honestly, look us in the eye and say you’re not here for it. It’s okay to want to see the “yanhar azra2 el ragol el-abnody” meme come to life as the translation team struggle to find an accurate way to represent it.

Netflix isn’t a stranger to heart-felt shows that feel like a shoulder to turn to on a cold day and, in that case, they’ll find all they need in Yetraba fi 3ezo. We just hope that in between all the shenanigans and funny antics, they’ll remember to put a warning right before the Mama Noona scene (you know the one) comes on.

After Netflix treated the masses with our favorite Eid plays uploaded to the site, we got a little curious about this possibility. Why don’t we go fully-seasonal when Ramadan comes and watch all our favorite fawazeer online too?

We need this one in our lives, honestly. And, yes, we’re talking about all 5 seasons. Ahmed Mekky and Co’s comedic genius is just what Netflix needs in its sitcom gold arsenal.

Do you have more productions in mind?