There are just some things that never go out of style. Hoop earrings, football jerseys, and regular old fashioned misogyny.

Yes, the last one sadly is still going around and it won’t go away anytime soon, by the looks of it. Recently, the latest evidence of all things fun and misogynistic was a new hashtag on Twitter.

So, what’s the hashtag? “What do you think of girls who smoke?”

It’s about as fun as you imagine. In case you can’t, though, here are a few tweets to seal the deal.

Not exactly lovely, is it?

Why Are We Bringing This Up Again?

A while back, an old joke was making its rounds about a girl who gets asked by a guy, if she smokes. The girl says and starts explaining how that’s okay and the guy cuts her off.

He was only asking for a lighter, you see. The girl is just dramatic and can’t wait for a chance to go off. Because, you know, all girls love to argue and make mountains out of molehills.

The thing is, though, guys aren’t this chill with girls smoking. Sure, they can act like they do in public spaces, but hiding online does wonders for the personality.

The fact that people still think like this is the reason why this topic will keep coming up.

It’s kind of why we need to talk about it; so we can give it a rest already.

So, Let’s Talk. Why Do We Think Smoking Is Offensive For Women and Girls?

Presuming you have read the tweets above, the answer should be strikingly clear.

It’s misogyny, for one. Somehow a lighter and a cigarette pressed to the “wrong” mouth brings about that reaction. 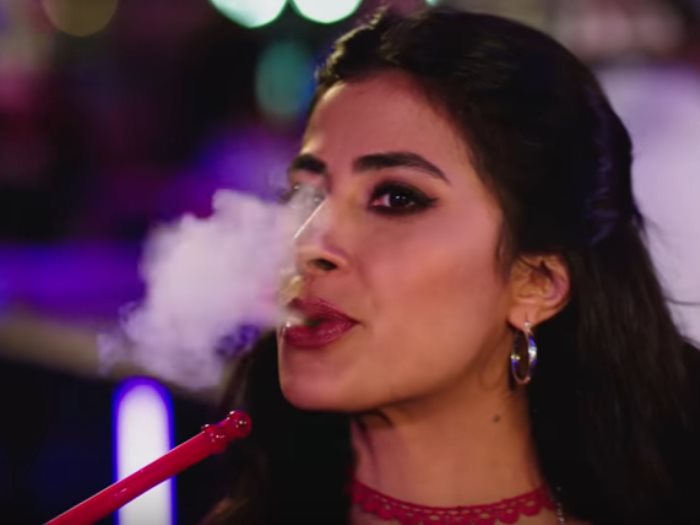 No, the protests are not for health reasons. Even when the arguer hides them as such, their tone usually sharpens and becomes way too harsh for a conversation about smoking side-effects.

We bet that person has never argued that way with a guy because you can tell they’re only trying to get their way.

Speaking of only trying to prove themselves, guys sometimes don’t like it if a girl smokes because, guess what, it affects their masculinity.

Not to get into toxic masculinity and machismo and all that jazz right now, but if your sense of self depends on a person’s smoking habits, then it’s already pretty weak.

What needs to be done here isn’t something strange or exactly unheard of. It’s actually quite simple. Ready for that wonderful piece of advice? Okay. Live and let live.

Yes, that’s it. It really doesn’t take much knowledge or philosophizing to get to this simple conclusion.

If what a person is doing doesn’t directly affect you or others in the most negative of ways, then is it really any of your business? No one is here for your judgement.