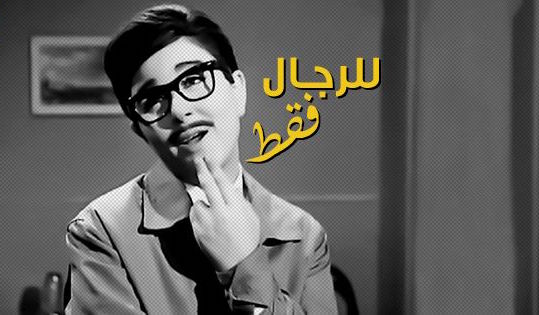 Being a girl has its privileges; there’s no denying that. Ask most girls if they would have rather been born as boys, and they will probably say no. But ask most Egyptian girls the same question, and their answer will definitely be yes or sometimes. Double standards have forced us into wishing for something we don’t even want in the first place just so we could experience our birth given right that is freedom. Below are the answers of 13 Egyptian girls when asked why they sometimes wish they were boys.

1- “Sometimes I wish I was a boy, but only because of our society. If we cancel that out, I don’t think I care. I only wish so because people here are more understanding when you’re a guy.”

2- “I always wanted to be as tough as a man just because we live in Egypt, so that I wouldn’t be harassed on the street every 2 blocks. But no, I enjoy myself as a girl/female/woman. I love to do my hair and my nails; I love to dress up. I love having boobs (wish I had any though lol). I love the female figure and I appreciate it; I see us as magnificent creatures even holy if I would say. We bear so many things and have to deal with way more than guys ever do. We struggle living here, yet we are the base of everything. If it wasn’t for our moms, we wouldn’t have been who we are at the moment.”

3- “I used to wish that as a kid, but I definitely don’t now. It was cooler to be a guy as I would see my all male cousins staying out late while I wasn’t allowed. It was mainly for freedom issues.”

4- “Even though I do not have a curfew, my parents usually scold me about how back in the day girls weren’t allowed to be this late. Until now, most girls don’t stay out THAT late cause it’s unethical and nontraditional. When I wanna go out late at night on my own around 2-3 am here in this country, I can’t really cause it ain’t safe. I always have to go home early if I’m driving, because once again I’m a girl. That’s when I wish I were actually a guy, because then I would be capable of having my own back and wouldn’t need anyone for protection.”

5- “The only reason I would wish to be a guy is because of my family and community. For guys it’s okay to stay out late and travel whenever they want, but I have to struggle when it comes to any of these things. It still doesn’t necessarily mean that I wish to be a boy.”

7- “I find myself wishing I had been born a boy most of the time, especially when walking through the streets of Cairo. It’s such an uncomfortable experience that requires preparation and premeditation. You need to pick out something “appropriate” to wear (not that it will guarantee a harassment-free experience, but it will alleviate some of the victim blaming you’re bound to receive if anything happens), make sure to walk only in places that are considered safe and preferably have someone accompany you (just in case). It’s enough to make you want to stay home.”

8- “We live in a sexist country that limits our freedom and movements so hell yes, I wish I was a boy sometimes.”

9- “So I would be able to sit with my friends “3ala el ahwa” or hang out at night in the streets. I would be able to sleep over at my friends’ without someone judging me as *********. But I stopped feeling that way or I rarely do anymore, because I decided that I will do whatever the heck I want and I don’t need to be a guy to do so.”

10- “Boys’ lives are much easier! No curfews, no waxing, shopping is not a big deal, they don’t give a damn about anything, yesa7eb di aw yeseb di, virginity is not a big deal. 3aysheen 7ayathom as they see fit, and while I’m not gonna urge everyone to do the same, but why can’t we have the option without being looked down on?”

11- “Being a girl in this country means you need to forget wanting to live any kind of adventurous life – if you want to delve deeper into the culture of your own country or walk through the hidden streets of your own city, you put yourself in peril. It’s a million different things that make me wish I had been born male – when confronted with casual sexism (emta hatetgawezi ba2a/di bent shemal), the lack of independence afforded to you (you cannot stay out too late 3ashan 3eib wel bawab hay2ul eih), wanting to live your life as you see fit without necessarily wanting to do anything wrong – just needing the same comforts that boys enjoy without a second thought. It’s as simple and as complicated as wanting to walk down the street unafraid.”

13- “I never did. I always thought it didn’t matter. My parents were always very supportive. I’ve never not been able to do anything because I’m a girl. I don’t even have a curfew! But I’ve been wanting to go trek Saint Catherine’s for a while now, and I want to do it alone like I always do abroad. But I’m starting to realize how much I want to be a boy in this very moment because if I were a boy, I wouldn’t have had to think twice about going. I would have trekked it a million times. It’s the only thing that’s stopping me because I know that as a girl in Egypt, I’m bound to face a lot of challenges and even though my parents are really supportive, I’m not sure I have it in me to go and get catcalled. It will ruin the whole trip for me.”

The freedom that guys have, that’s not too much to ask for!