Identity Magazine
Home بالعربي 13 Egyptian Girls Tell Us How They Feel About Being Catcalled on...
Facebook
Twitter
Google+ 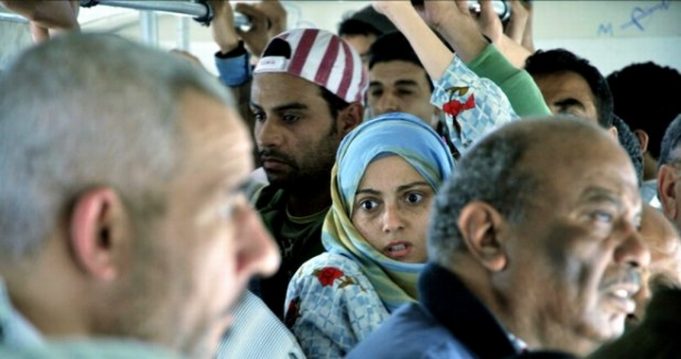 A few days ago, I stumbled across an interview where a well known celebrity had the audacity to say that women like being catcalled. In his defence, he thought that being called beautiful and hot are two words that all women love to hear, even if it was by a stranger in the street. That, however, took me by surprise. Growing up, I remember dreading the 5 minute walk I had to take from my home to the club, because even at 12, some men had the guts to call me ridiculous names like “Gameela”, “Eshta” and other some not so appropriate names. However, I refuse to be one of those people who think that their opinion is the only one that matters, so I decided to ask 13 girls about how they feel when they get catcalled on the street, and hear what they had to say. Let’s take a look.

1. “I feel angry. Angry at the world. At my country, and at the circumstances where I had to find myself stuck in a situation like this, unable to walk freely in my own country or to sit on a bench by a fountain like we see in the movies.”

2. “I used to feel really humiliated when that would happen. I would bury it inside me and not tell anyone about it. I remember one time, a guy touched my butt. I felt very angry, but I also remember that I felt very humiliated that I couldn’t share what happened to me with anyone.”

3. “Rage. Fear. I’m angry that an act as walking or even worse, riding a bike, makes me a moving target, deserving the attention of anyone and everyone around me when I prefer not to be noticed. I’m afraid of speaking up in order not to have the situation escalate with some of my clumsy attempts of expressing that rage.”

4. “I reply to him normally. A few days ago a man asked me “eh l 7alawa di”. I automatically replied to him and said “7alawet omak” and I got into my uber. I guess, in my case, I find pleasure replying to these a**holes because I’m not weak. I’m not an easy target, and replying to harassers, for me, does not degrade me or who I am by any means.”

5. “A mixture of feelings varying between being scared, annoyed, disgusted, disappointed, unsafe and stripped out of my rights.”

6. “I feel a lump forming in my throat, bile rising, depending on the situation, sometimes I shake from just how much I want to say and how sick and tired I am of having to deal with this.”

7. “I feel like the person who is doing the catcalling has some sort of power over me, like he doesn’t even know me, or know my name, but he can still take away a part of me. A part I could never get back.”

8. “I feel naked. I don’t know how to describe it. All I can say is that I feel naked, and it’s one of the worst feelings.”

10. “I feel like I want to rip his eyes out, so that he doesn’t get to hurt another girl with his words. Words that cut deeper than a knife.”

11. “Mostly, I feel ANGER and I feel the instant need to yell at them.”

12. “For the first time, I’ve reached a level of anger from being catcalled I had never before. It angers me that I have to walk with my sister and feel the need to protect her from people like them. But then I remember they’re not only calling her, they’re calling me too. Because I’m a woman. I have breasts and relatively longer hair to theirs. Because they are the standard. My sister just asked me what I was writing and I told her. She smiled and said it’s okay. It’s okay because she won’t live here when she’s older. ‘ I won’t live here for my kids.’ is what she said. I felt helpless in protecting her because the people of this country have failed to teach their men what it means to respect a woman. How there are many ways to say someone looks beautiful other than spitting it out or just saying it to any passer by. I don’t know what to do, but right now I am angry. I’m not just angry, I’m disappointed.”

13. “I feel vulnerable and exposed like I’m naked or someone is undressing me with his eyes. I feel so degraded, because all he sees is a piece of meat. I feel angry and helpless. Angry because I want to curse the guy so bad or slap and punch him in the face because he felt that he was entitled to just catcall me and run away with his car or motorcycle or maybe even walk by, and helpless because I feel like I can’t do anything about it out of fear that he would think I’m reciprocating or asking for more.”

Finally, we hope that these beautiful girls’ replies helped shed some light on the issue. As you can see, not one single girl said that she felt beautiful or feminine. Instead, the answers perfectly depict the mixture of anger, humiliation and fear that most girls have to go through on daily basis. So next time you see someone catcalling a girl, step up to them, because this is how we change the world. This is how we will be able to raise our daughters in a country where they would feel safe.