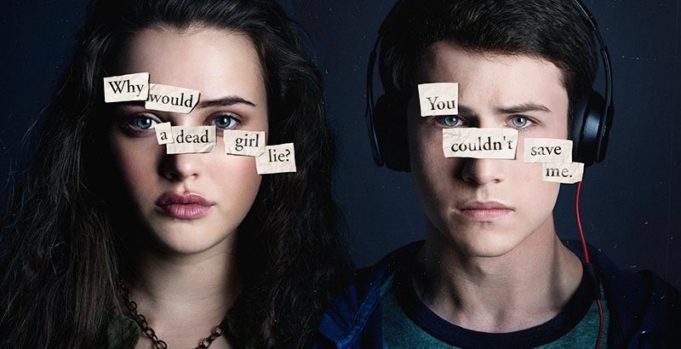 It’s not the first time that a TV show gets a lot of attention after it’s just been aired. I think all TV show junkies are used to this phenomenon by now, but what was surprising about the TV Show 13 Reasons Why is that it revolves around high school drama, unlike all the other popular shows we have right now such as GOT or House of Cards. And while we can’t compare these two shows with 13 Reasons Why, because it will obviously be an unfair comparison, we decided to give 13 Reasons Why a try and watch it to see what it’s all about. And let me tell you, it didn’t disappoint! Here are the 13 reasons why we think you should watch 13 Reasons Why.

It’s not like the mystery TV shows we are used to. There are no detectives trying to unfold the mystery of how a crime went. There is no cop drama. The mystery in the TV show is simple in its complexity. A girl commits suicide and she leaves 13 tapes in which she provides the reasons she took this decision, and we are left wondering if what Hannah is saying is even true, or how things unfolded afterwards.

2. They did a perfect job picking the playlist for the TV show

Most people underestimate the power of music when it comes to their effect on how the different scenes unfold or come out to the viewer, but luckily for all of us, 13 Reasons Why creators did an awesome job picking just the perfect tunes of both old and new music for the show.

3. It actually goes beyond the borders of a “high school”

The TV show raises a lot of points that don’t necessarily require you to be a high school student to understand. We all go through hardships. We fall into the viscous cycle of despair sometimes. And no matter what age category you fall into, you will definitely relate to some of Hannah’s struggle

4. It highlights the fact that “Bullying is real, and that it’s not OK”

Students get bullied in school. BIG DEAL, right? It actually is and this is a point which is perfectly presented as the TV show unfolds one episode after another. I don’t want to get into details and spoil things for you, but as we go through the episodes, we realize how much damage a simple word said by a young boy who doesn’t know any better can do. And this is exactly one of the reasons we liked this show! Because it highlights that bullying is not a thing that young kids do, or that at least it shouldn’t be. That something must be done about it.

In the TV show, we can clearly witness how the whole high school experience differ for girls and boys. How some things really hurt the girls in more than an emotional way, but how most guys didn’t even understand that these things were hurtful, and how had most of these things happened to guys, nothing wouldn’t have happened, and the guys wouldn’t have been affected as much as the girls did.

6. The acting was better than what we have signed up for

And by acting I don’t only mean the main characters Langford and Minnette who were beyond fantastic, but the whole cast was just top notch.

7. It shows us that no one can make it in this world alone

We live in an era where being alone is fantasized about, because it makes you stronger and more independent, but this show goes beyond these silly limitations and proves to us that no one can make it in the world alone. Hannah Baker mentioned once that humans are social species, and I don’t think I could agree more.

8. It addresses our worst fears

Hannah Baker died. She took her life. What worse thing can happen in this world? Whether it’s us falling into depression and having suicidal thoughts ourselves or it’s our loved ones doing the same, this TV show makes you think about the great possibility that something like this could happen, and it makes you think about what you could do to prevent it. In many ways, this TV show raises awareness.

9. It touches down on the idea that everyone has their own story

During the show, we see Hannah Baker misjudged and mistaken for things she really isn’t, but ironically she is the author of our story. We hear and listen about things from her and Clay’s opinions, and it gets you thinking about how just as Hannah Baker was misunderstood, maybe Hannah did the same? Maybe she misunderstood things. Wasn’t she the reason we now know that people go through different things, that everyone has their own story?

10.  It teaches us that everyone has their own capabilities. There is no such thing as a weak person

In the series, we find out that a lot of girls might have went through the same things that Hannah Baker went through, but they didn’t choose to take their own lives, and that is when we realize that there is no such a thing as a weak person. People function differently. What I might be able to handle, you might not necessarily be able to handle. And that it’s OK.

11. Its non-linear story telling gives it an edge

When we are watching the series, we are taken inside the minds of two young teenagers. Hannah is telling her story in the order she believes is necessary, but not necessarily in the right order. That creates a lot of suspense for the viewer and some really healthy confusion that will keep you on your toes during the whole thing!

You got that right. It’s not hopeful. In fact, it’s very tragic. And while some might argue that the TV show should have painted a brighter picture, I think what makes this show stand out more than anything is that it shows things for what they really are. Life can be hard. It can be painful. People take their own lives, and most of the times it’s because of other people’s doing. So deal with it!

13. You can actually binge watch the whole thing right now!

Ok this is a silly reason on our part, but I bet all of you TV show junkies know the sweet taste of being able to finish a whole series in one TV siting! So do it!

Finally, and what I believe is the only downside to this TV show is that while it reflects on the hardships of life, how things can go wrong and how it gets hard for people to cope with the tragedies they go through in their lives, 13 Reasons Why doesn’t really provide an alternate to committing suicide. It doesn’t give those who are in Hannah Baker’s shoes, but aren’t really there yet, a reason not to do what Hannah did.