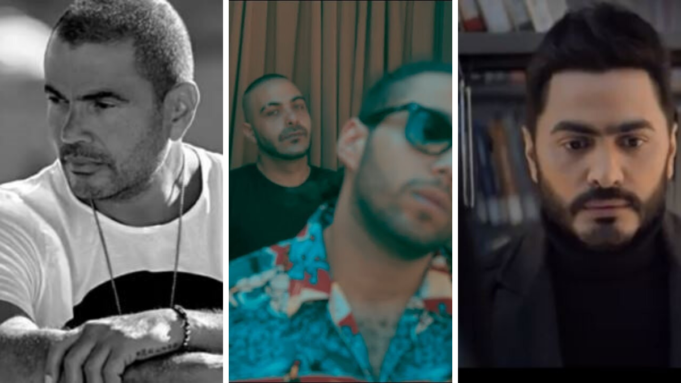 Did you know you can usually tell a year’s vibe from the music that came out in it? If you didn’t, you must be wondering if this is true and wondering about the major hits to confirm it.

Don’t go to your Year Wrapped playlist now, we’ve got you covered.

What’s a year without a classic Amr Diab hit? Nonexistent after 1983, that’s what.

Though its popularity came to a rise mostly in terms of memes (and Lil Nas X’s Old Town Road can relate), we can’t deny El-Gemeza is making us take another look into Egyptian trap.

Yes, we know no one likes Tuesdays because they’re arguably the most boring days of the week. With this Diab hit, though, we may be reconsidering things.

You might have recalled hearing this a lot in the last few months and yes, before you ask, it seems like everyone is heart-broken these days.

Catchy, cute, with a nice beat to boot — this Hamaki hit was sure to go viral.

Whenever you’re feeling down or are going through a break-up, who do you turn to? Egypt’s Sam Smith, that’s who!

A song that responded to another song that started a brief animosity, Mafia was everywhere whether you loved it or hated it.

Talent is hereditary and Mariam Amer Mounib just proves it all, doesn’t she?

Egyptian rap certainly is going places and guess what? Abyusif is behind the steering wheel.

You know this one, you’ve heard it before so you know what we have to say about it. Just three words: Assala doesn’t lose.

Yet another trap hit, Bazeet got the success it got because it describes a general mood. Some would say it even described 2019 as a whole.

If you’ve been to an engagement or wedding party recently, chances are you’ve heard this song. We don’t blame the DJ for the choice; it’s quite appropriate.

For this national hit, CairoKee recruited help in the form of old time favorite Um Kulthum, which naturally made the success all the more sentimental.

Taking a page from another Tamer’s book, Tamer Hosny churned out this quasi-breakup/quasi-“want you back” hit and became the talk of the town for days.

Sherine’s been in quite a good mood for a while, all evident through this hit and others.

Before you tell us this was an ad song, let’s just tell you that Hamada Helal sold the song as an ad after it was released. Yes, he really likes his tea!

What song describes your 2019?