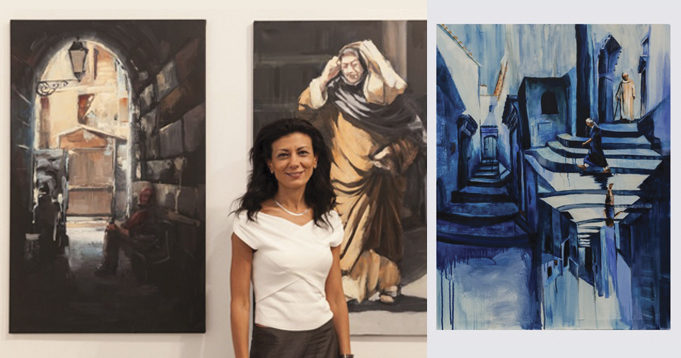 Most of us walk along paths in life that have been paved by others, and it takes time and growth for some to realize that they need to divert to where it feels right. Women are expected to be mothers, devote their lives to their children first and foremost; alternatively establish strong careers to make up for not building a family. Some walked down those lanes without much questioning – or regrets for that matter – but a burning flame within them enticed them to seek more. Learn the inspirational stories of women who defied all odds and unleashed their talents into successful enterprises at a later stage in life.

Nevine Fathy From Construction to Colours 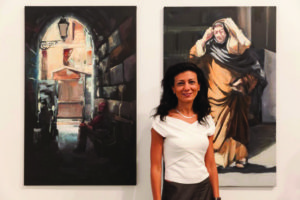 Nevine Fathy graduated from the American University in Cairo in 1997 with a major in Construction Engineering and a minor in Art Vision. She had a successful career in the construction field, yet in the midst of a busy corporate job, she harboured a passion for art and continued to take art classes after work.

At the age of 35, she took the ultimate step and quit her job. She married, moved to the UK and had her son shortly afterwards. While being a full-time mother, her passion for art was rekindled when she started attending life drawing groups.

In 2013, Nevine decided to study art professionally. She graduated from the Art Academy in London in the summer of 2017 at the age of 42, and her career took off quickly thereafter. She participated in a number of group exhibitions in London. She was selected as a finalist to be part of the Holly Bush Emerging Women Painter exhibition at Burgh House & Hampstead Museum in May 2017.

And in July, her art piece, ‘Granddad’ was selected for the National Open Art Exhibition and voted one of the top ten finalists in the World Art Vote. Nevine currently teaches drawing and painting classes at the Art Academy in London. In spite of her budding career, she is now sought after for commissioned portraits in Egypt and the UK, and is preparing for her first solo exhibition in London in May 2018.

Heba Abu Ouf
Mazoura, a blend like no other 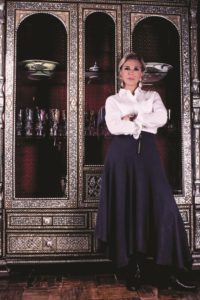 Heba Abu Ouf is a squash champion and the vibrant and loving mother of four. The early years of her marriage were devoted solely to her children, but Heba silently harboured a dream.

As a mother and an ex-athlete Heba has always had her own style that was elegant and creative, yet seemingly effortless. Her dream became to create her own fashion line in her much admired style – a style that blends the latest in vogue with an Egyptian flavour. But only a good eye can bring this to life. The name ‘Mazoura’ came to mind, but it remained dormant within Heba for at least 4 more years before it finally launched in 2016. Mazoura brings the best of all; the latest fashions created by optimum Egyptian textiles and skilled local hands. Today, Heba Abu Ouf shines as the face of Mazoura. Her graceful looks are accentuated by her choice of fine lines and rich fabrics, and more than ever, she looks effortlessly exquisite. 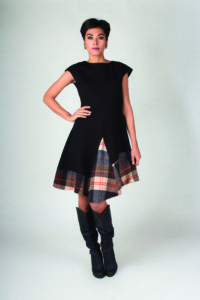 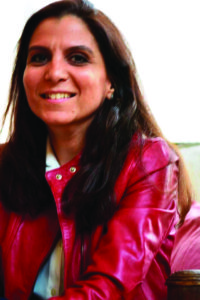 Reem’s story is similar to that of so many women in the Middle East. She was raised in a conservative family and conditioned from early on to marry and build a family, which she did very successfully for 24 years – raising three wonderful children along the way. But once her children grew up, she had this strong feeling that there was more to life. Then came the breakup of her long marriage which nudged her to delve within – and what she found was a woman very hungry for knowledge and growth, longing to make her own choices for the very first time in her life, at the age of 44. Her journey to heal, ignited a passion within her to extend this healing to others. Reem started courses in the human development field and earned her first life coaching certification in 2014. Her dream was to establish a life coaching entity that can help individuals, couples, as well as groups. Reem took one day at a time and one qualification after the other. Today Reem El-Naggar is a certified life coach with four qualifications and extensive training, and has established a company with five coach partners whose ages vary from 26 to 62. They coach individuals, companies and executives in different industries. For Reem El-Naggar, the best profession is that which reflects one’s life purpose – that’s what she believes and that’s how she lives.

As human beings we are bound to evolve and we evolve only by walking down lanes we paved ourselves, with our passions and aspirations – the parts of us that make us ‘individuals’. At the end what is ‘right’, is only what’s right for you. So if your path in life does not inspire you, find what does because it’s never late to change it.