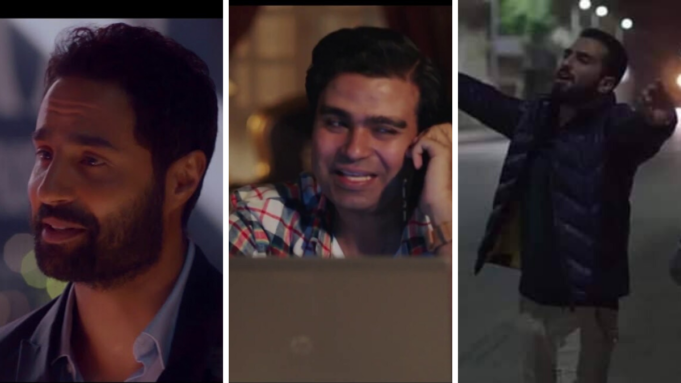 So, we want to ask you a rhetorical question. Have you noticed just how rife with misogyny our pop culture is, right? Literally, flip to any channel on your TV right now and settle on an Egyptian show and wait 3 minutes.

Before time runs out, you will have heard at least one character be very overtly horrible in a way that’s either played for laughs or used as a plot device.

“But“, you may want to say, “that’s the ABC of Egyptian dramas“. And you may also want to say things are changing because writers have been introducing new types of male characters who are actually not horrible or sexist and are rather progressive.

But are they any of that, really? Well, no. They’re ushering this new-wave kind of covert toxicity. We’ll explain.

Before anything else, we should explain one thing – how the classically horrible male character transformed

Okay, so what do you think of when you think “men being horrible to women in Egyptian dramas”? Yeah, a lot of yelling and potentially physical violence accompanied by the usual “Si Sayed” tirade and a whole lot of cheating.

Depending on the show you’re watching and the time period it aired, male misogynistic characters were treated differently.

In some shows, they were portrayed as staunch, traditional family men who had a bit of a “temper”, which was usually their wife’s fault because she should be more sensitive to his situation. In others, these men were blatant villains whose outright abuse to the women in their lives was used as a tool to show just how terrible they were.

As time went on, people started thinking “hey, maybe this is not how everything should be?“, so these characters started being seen less and less. By the late-00’s, we started seeing a new type of male characters. Ones who were aware that they shouldn’t be horrible to women and actually strove to uplift them on the surface. Keyword: surface.

Wait, you may want to ask, are these new male characters just as horrible?

Well, not in theory. See, what we see is these characters were written in a way that was meant to be seen sympathetic and un-sexist and actually wholesome. The thing is — somewhere along the line, the characters lost the plot and became plain insidious.

Don’t worry. We’re going to explain this in 3 characters:

Yes, again. Trust us, we’re just as bored as you are by this point but this male character is the clearest example of a subtly horrible person AKA the most common kind.

Let’s back up a little. Hussein’s whole character arc is about being a friend and love interest to Alia, right? He starts off by being this cheerful, amazing person who she feels instantly comfortable with. He tells her to pursue her dreams and ambitions and is wholly supportive.

And then you see him with Nancy. Mr. Supportive disappears and in comes a guy who is sort of a total jerk to his girlfriend. He makes an art of using “tradition” to explain why he’s being cold and distant because, as we all know, traditions’ existence depends on geography. And not to mention, his father kind of never misses a chance to mock Nancy and Hussein just keeps letting it happen?

Yet another person who starts out as a good, relatively harmless character only to turn out to be controlling, un-trusting, and incredibly insecure!

From the get-go, we’re supposed to see Murad as Ghalia’s second chance at a happy love story. And at first, he’s just that. He understands her and understands her fears…and then she gets a job with her ex and he yells at her to leave when someone else basically harasses her. And it doesn’t end there, no. Murad flies out to specifically interrupt Ghalia at her work and causes a tension so prevalent she actually quits her job.

And in the end, Ghalia doesn’t leave this horrible preview of horror movie relationship. No, they get married, and Murad is hailed as the world’s greatest husband ever.

Before you get the pitchforks ready, please wait two minutes. We get it, okay? Hamada is a funny, well-written character who is not actually as smart as he thinks he is and everyone’s been enjoying his one-liners.

But here’s the thing. Hamada has been obsessed with Nadia for more than half his life and said absolutely nothing to her. He took his frustrations out on Sokar when she told him she didn’t see him and her sister working together and then went on to ruin the girl’s engagement.

You tell us. Is this really not textbook toxic behavior, or would it only be described as that with the proper soundtrack and a non-comedy genre?

So what can we do to solve this problem with male characters?

Well, it’s kind of easy actually. Write the well-rounded character of your dreams, okay? And then write in their purpose and their relationships to other characters and all that jazz. Then, you examine all that you wrote.

Is that male character literally only being incredibly supportive to one woman? And is it because he’s interested in dating that woman? Is he controlling and does he have to know what she’s doing/wearing/going to all the time? Is he taking out his insecurities on her? Is he playing up the “sympathy card” just so you don’t condemn him?

If any of those points exist, then you have a borderline toxic character. If you want to keep these problems in so you can solve them in story context, fine. Just don’t paint that character as wholesome.

Do we need to say it? It’s time we retired characters like these.