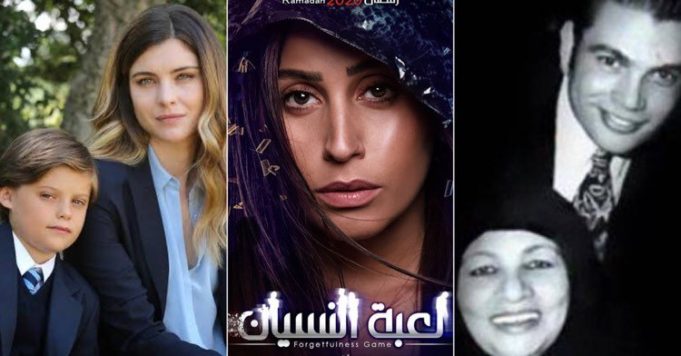 It’s already Ramadan 10th and we can’t believe how fast the days are passing by. What isn’t though is the plot in Dina El Sherbiny’s series “La’bet El Nesyan”, don’t you all agree?

But in this town where nothing ever happens, fans were still able to detect some weird takes about the series, and here are the ones that surfaced, so far!

Do you know how Dina El Sherbiny’s character’s name is Roqaya? As random as it may seem, fans were quick to gather that Dina’s name in the series is the same as her late mother-in law’s in real life.

Yes, it turns out that Amr Diab’s mother was also named “Roqaya”. Coincidence? We highly doubt!

Over the past couple of days, another surprise dropped in La’bet El Nesyan. The series is in fact taken from an Italian mini-series called “Mentre Ero Via”, and so far the plots are matching except for minor details here and there, but will the end be any different? We’ll see!

If there’s anything too obvious about Dina El Sherbiny’s shows, it would be her choice of wigs. After the remarkable curly wig in last year’s “Zay El Shams”, here she is again with another (more like wavy) wig in “La’bet El Nesyan”.

And the question everyone is asking is, WHY? Wigs are part of the actor’s costume when one is needed. But why is Dina El Sherbiny consistent with her unnecessary wigs? No one knows…

But we guess it’s her choice whether or not to perform with her natural hair, after all. We are definitely not judging. We’re just commenting on a pattern that’s starting to appear!

If we disregarded the slow pace and the uncalled for wigs, La’bet el Nesyan is a pretty good TV show, and we can’t wait for the rest of the secrets and mysteries to unfold!