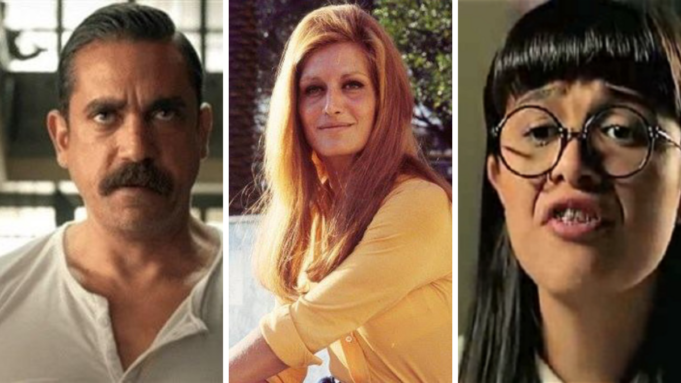 Movies have this charm about them. An almost magical kind, you know? You press play and you’re immediately sucked into a whole new world!

Everything grabs you, from the setting to the story to the dialogue to the characters — well, not always the characters. See, sometimes, casting directors cast the wrong people for projects. It has nothing to do with their acting skills; they just don’t fit the role.

Did you know that Mohsena Tawfik was the actress originally cast for Dalida’s role in El-Youm El-Sadis? Well, even if you didn’t then you won’t be surprised. Not really. See, Dalida didn’t really fit the bill.

A talented and iconic actress, Dalida’s line delivery (broken Arabic and all) could have used a little bit of work.

So, here’s the thing — Amir Karara can play the hell out of a heroic cop or a heroic solider or a hero in general. He just can’t do it in the time period Harb Karmouz is set in.

While everyone did their best and truly channeled the era, Amir Karara stood out as the most “new millennium mannered” man on the screen…and, yes, that broke the illusion.

Please, look us straight in the eyes and tell us that you bought Yasmin Abdelaziz playing a college freshman in this movie. Because we didn’t. No one did. It was that painfully obvious.

Amr Youssef in the new “El-Malek” series as King Ahmose

You know how sometimes you see entertainment news and you’re just all “yeah, right, this will never happen” and then it does? This was us when we heard Amr Youssef got cast to play King Ahmose.

We’re truly not saying anything about his acting here. He is a great actor, one of the most talented of his generation….and he just won’t fit the bill if he has to play a Pharaoh.