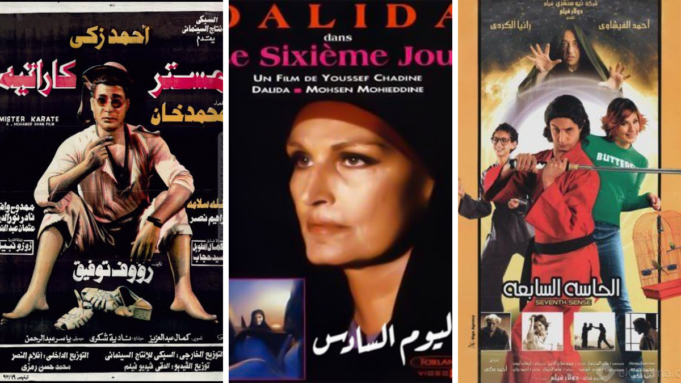 A lot of directors and writers are exactly like us. If you don’t really know what that “us” is, we’ll tell you. We’re all fans of something. Whether it’s a movie or a TV show or a certain actor.

Unlike most directors and writers, though, we don’t have the full capacity to showcase our love for these works by alluding to them in our own iconic works…what you didn’t think that happened here?

In hindsight, we don’t know how we didn’t notice these parallels before. On another re-watch, though, you’ll find yourself hyper-aware of all the nods to Kill Bill in El-7asa El-Sab3a.

They work beautifully, don’t they? See what Ahmed Mekky can do with fan-power?

Sure, Mr. Karate was Mohamed Khan’s love letter to all things Kung Fu and heavily noted Jackie Chan as well but no one can deny the overwhelming Bruce Lee aspects of this movie.

He’s there at every turn and you’ll love it!

Seriously unlikely, right? Well, though, you might think Booha wouldn’t be the type of movie to pay an homage to Tarzan, the animated classic, this is exactly what happened!

Just look at this fight scene! It was already hilarious enough and now it’s even better with all the added knowledge!

You cannot have a dancer in your cast and not use their full potential. And after using that full potential, why not also use it to highlight your admiration for another classic dancer? It’s what Youssef Chahine did!

This musical sequence was already amazing enough, but with the added soul of Gene Kelly and the iconic Singing in the Rain number, it gets even better.

Did you spot these homages before?