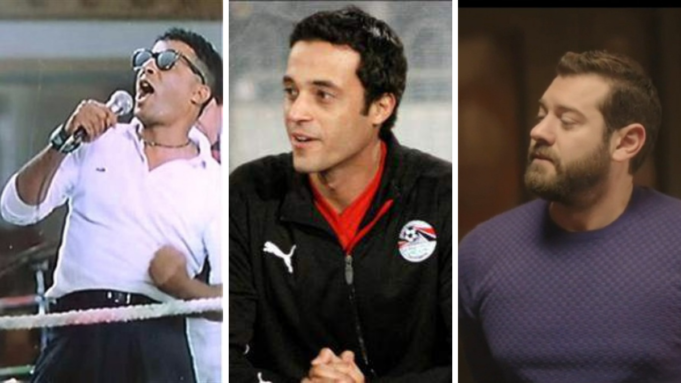 So, picture this. You’re sitting at home watching a show or a movie and suddenly the weirdest thing happens. The show/movie kind of predicts something that would happen in the future or has happened just recently.

Weird, right? Well, you’re probably used to The Simpsons doing this kind of thing, but here’s another mildly surprising thing — a couple of Egyptian movies (and one TV show) have also done their fair share of accurate predictions!

Okay, so here’s the thing. Watching a person in a show repeatedly insist on taking sanitizers and cleansing alcohol everywhere with them might probably be normal today.

But 5 years ago? No, it was the furthest thing from normal and yet it happens in 3asham Iblees, probably predicting the over-cleanliness related to COVID-19.

You probably think we’re kidding but we’re really, really not. Go watch the original La Totfe2 El-Shams movie right now and at a certain point where the characters are having dinner, Ahmed Ramzy’s character goes on a tangent about his business idea, in which people would call him to book cars for rides with a specific rate and timing.

Yes, it’s literally the premise of every car-ride app ever, first occurring in Egypt. Always the innovators!

Come on, you must have thought it. You don’t even need to look twice to see just how accurately this movie predicts the emergence of Mohamed Ramadan and the start of his controversial-yet-popular career.

Talk about weird…unless, of course, Ramadan based his life around this.

Egypt going to the World Cup and Mohamed Salah – El-3alamy

If there’s a reason why most people like Youssef El-Sherif and can’t really tell why, you’re now seeing it. See, everyone has seen El-3alamy. And everyone has seen Captain Malek as he took the Egyptian national squad to the World Cup for the first time in decades.

And guess who literally does just that eight years later? That’s right — Mohamed Salah himself, everybody! You can give your ‘chapeau’s now.

Bet you didn’t see that one coming!