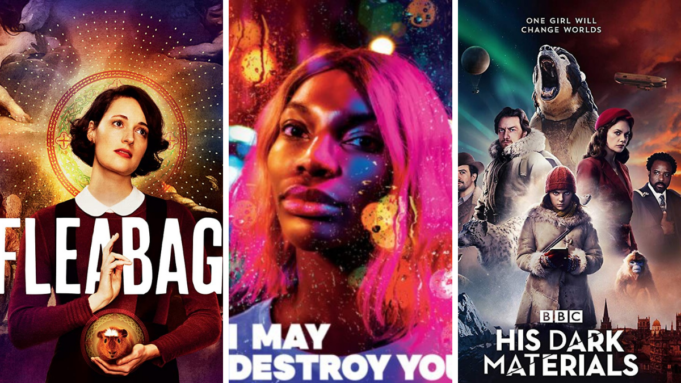 Here’s a simple fact. When you watch shows from different cultures, you end up getting whole new worlds to open up to you. See, when we watch Egyptian TV shows we’re in a completely different mindset than when we watch American shows. And British shows, well, they’re a whole other story.

See, here’s the thing — everything is much more honest and open with British TV, as well as much more intriguing.

Can’t get what we mean, can you? Well, maybe watching these 5 shows will deliver the point. Thank us later.

I May Destroy You

Few shows can tackle sexual harassment and rape in a way that is sensitive as well as well-handled and actually compelling. Fortunately, we’ve heard of this little gem. I May Destroy You doesn’t only center on one woman’s traumatic experience (based on the writer and main lead’s, Michaela Coel, own experience), though.

It revolves around friendships that toe the line of toxicity, relationships, the general way trauma goes, and the double-standards of how harassment is treated when it comes to men.

Yet another show headlined and written by one brilliant woman! In Fleabag, Phoebe Waller-Bridge will take you on an emotional journey with a character you’ll feel so much for and deeply recognize in a way that will go right through you…and you’ll love every minute of it.

From dysfunctional families to dysfunctional living and gut-wrenching reveals, you will truly see the messy process that we call life accurately portrayed!

There’s something just infinitely charming about fantasy shows set in Britain (or a fictional pseudo-Britain, but still). And watching His Dark Materials will show you exactly where that charm comes from.

Sure, at moments this show might become a bit too much but with all the magic and backstories and mysteries involved, you’ll have as much fun as you had watching Harry Potter.

An experience in of itself, Killing Eve is a thrilling show about a detective chasing a serial killer, all while in the process of completely losing herself and finding a new identity.

And here’s the best part. The detective is played by Sandra Oh, of Grey’s Anatomy fame, and you’ll love her just as well if not more as Eve!

Hey, did you miss Jon Snow? Because if you did, you can catch him on Criminal UK season 2. But don’t just stop there. Actually, go back and start the show from season 1 because you’re in for a wild ride.

If you remember the old thrill CSI and Criminal Minds gave you, you’ll enjoy this show to the fullest. It goes deep. It goes psychological. And you won’t get your fill of it.

All set up for the weekend, innit?