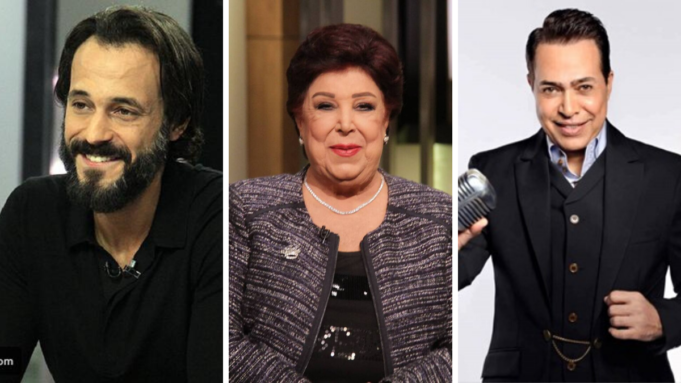 Stage names have been a pretty big deal in the Arab world, haven’t they? In fact, some of our most favorite stars are only known to us by their stage names, like Yousra and Fairuz. And here’s the kicker — there are many, many more stars who we didn’t know were using stage names!

Okay, so we all know Lebleba’s name is a stage name at this point, but not everyone’s aware of the renowned actress’s real Armenian name, Ninochka Manoug Kupelian. And here’s a little fun fact: Lebleba was named Lebleba by the one and only Anwar Wagdi.

Yes, Youssef El-Sherif’s very lilting name is only his stage name but honestly, is it that surprising? This man is shrouded by an air of mystery even in his own name, which is Mohamed Ismail Nagy, by the way. You may give your ‘chapeu Youssef El-Sherif!’s now.

We’ll admit this one caught us a little off-guard. There isn’t a great difference between Farouk El-Fishawy and Mohamed Farouk El-Fishawy but we still didn’t really expect the late actor’s famous name to be a quasi-stage name.

Quick, how do you get Ragaa from Nagat? You don’t know either? Oh well, it doesn’t really matter. The only thing we want to highlight here is that Ragaa El-Gedawy comes from a line of people who know how to choose a proper stage name.

Another widely-known singer we didn’t expect to include in this list, Hakim has pretty much never raised any mystery with his name. And there won’t be a mystery to raise anymore; we now know the singer’s real name — Abdelhakim Abdelsamad!

Have you ever seen a celebrity and thought that, for some reason, their name doesn’t fit them? Well, so have we. In hindsight, this makes uncovering stage names pretty easy. Take Ayten Amer, real name Samar Abdelghaffar, for example.

Those Classic Era stage names are something else, aren’t they? None of them have surprised us with their reveals more than Nadia Lotfy’s stage name reveal. Can’t guess her real name? Paula Mohamed.

Which one surprised you the most?