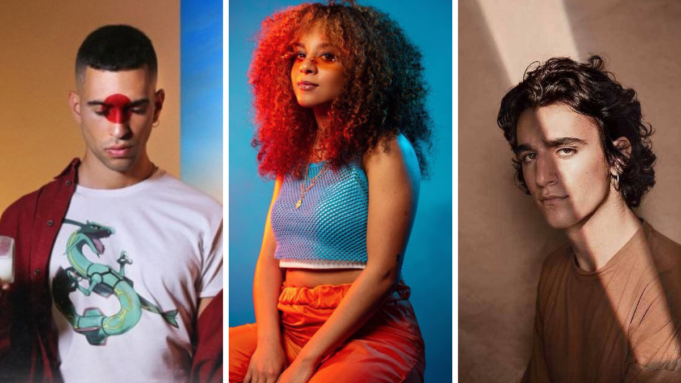 We’ll admit one secret no one asked us to admit. We love to find a successful Egyptian in foreign entertainment. We just do and you probably know it’s the world’s worst kept secret. But there’s something about the artistry, you know, and how the Egyptian side converges with the foreign culture, right?

Don’t get it? You Do? Well, anyway, you’ll love listening to these 5 Egyptian European artists!

By this point we’ve all heard that Tamino is the famous Moharram Fouad’s grandson and that he’d gotten that same golden voice. And, no, we’re really not exaggerating anything here.

With his attention to visuals and his overall aesthetic and lilting lyrics, you can play all of Tamino’s music to reach a musical nirvana!

When Italian-Egyptian Mahmood came in second place in Eurovision, fans and spectators nearly rioted. And once you listen to his music, you’ll understand why.

The man came to conquer and you better listen to his album now. Get ahead of the curve!

Hey, have you ever heard of the concept of neo-soul? Well, you’re about to. Egyptian-British Dena Anuksa simply knows what she’s doing with her music and her voice.

And with her wide-range of topics and bicultural influences, Dena makes sure to always deliver.

Egyptian-Dutch rapper Josylvio is a presence in his scene and a gift to us curious listeners. And you know what? He’s a gift that keeps on giving!

Just listen to some of his tracks and you’ll find yourself in a YouTube spiral brushing through his discography!

Well, guess what? You already know this one, but you will not remember. Vague, we know, but remember the singer who came through with that French hit Derniere Danse a couple of years ago? This is the one!

Of Egyptian, Algerian, Cambodian, Indian descents, Indila has been so thoroughly influenced by a mix of different cultures that all show in her music.

A new-wave of Egyptian-European artists that will blow your mind away!