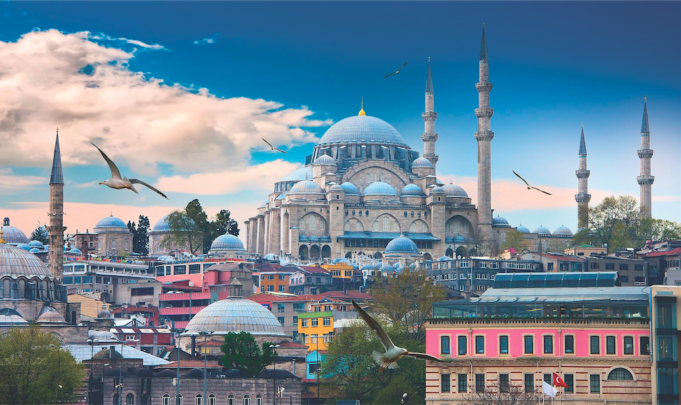 Islam, started with a set of beliefs that inspired imperial conquests, brought in wealth and quickly manifested into a civilization.

And art is an integral part of any civilization. In the period between 632 and 750 Muslim conquerors have taken over lands from the two powerful empires in the Middle East, Byzantium and the Sassanid – and they would continue to expand further in the following centuries.

As a consequence of its geographical growth, Islamic architecture borrowed from preceding civilizations and elaborated on it.

It was not long before Islam rendered its own form of worship buildings – in that case, the mosques. Mosques combined existing features like domes, columnar arches, and mosaics and added new ones like large courts for congregational prayer and the Mihrab, to enable Islamic worship – and still each mosque has its unique feature and story.

Ramadan is just the perfect time to contemplate the beauty of Islamic architecture, hence Identity presents 5 of the most monumental mosques around the world. 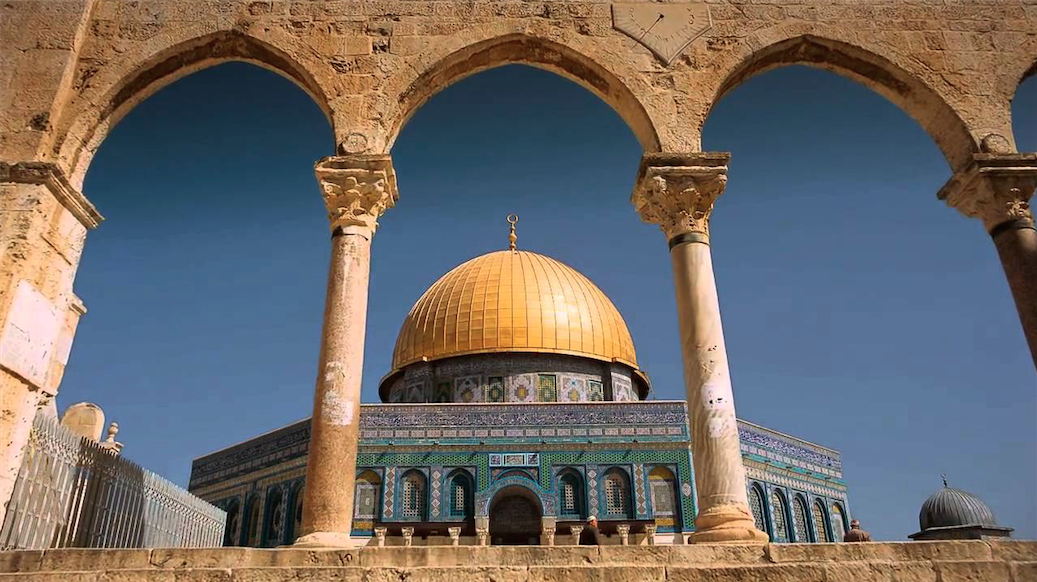 This mosque is situated in the heart of the holy city, Jerusalem. The Dome of the Rock mosque was one of the earliest Islamic buildings in Jerusalem, 691 AD undertaken by the Umayyad caliph Abd al-Malik ibn Marwān to imprint the presence of the new religion onto the historical city. No expense was spared; the best Byzantine architects were hired to design it along Christian artists who rendered its intricately beautiful mosaics against a golden background. Its design was inspired by the Church of the Holy Sepulchre, while the great epigraphic vine frieze was adapted from the pre-Islamic Syrian style. The blend of features this mosque provides bespeaks of the multi-cultured city that inspired its design. 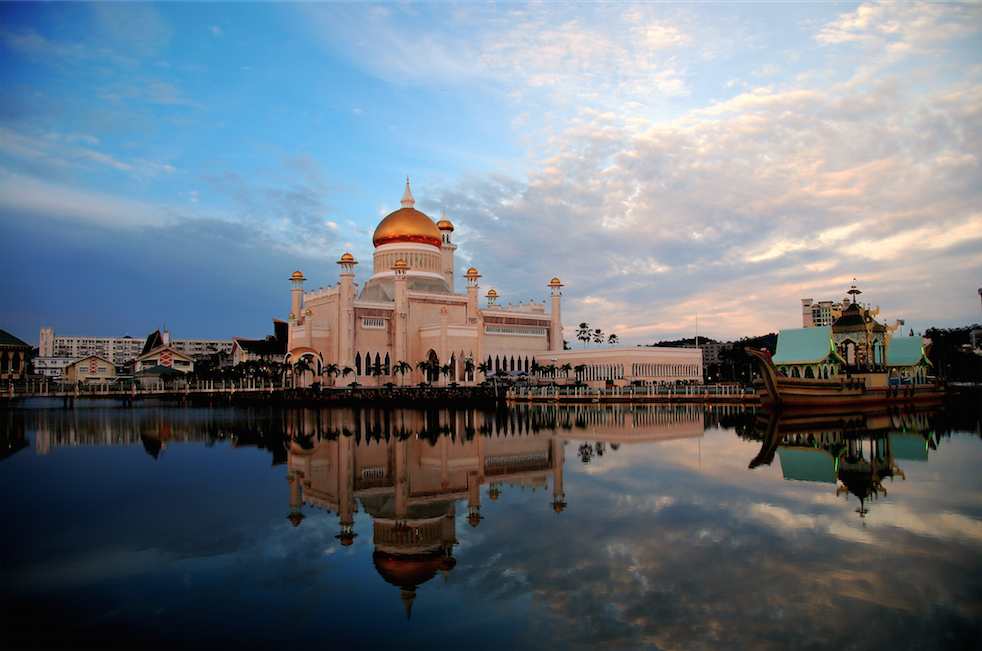 This mosque is not a historical one, in fact built in 1958. Sultan Omar Ali Saifuddin mosque stands as an example of modern Islamic architecture combining Mughal and Italian motifs. Situated in the city of Bandar Seri Begawan, the capital of the Sultanate of Brunei, Sultan Omar Ali Saifuddin mosque is considered one of the most picturesque mosques in the Asia Pacific and a major landmark of Brunei. Its rich marble minarets and golden domes are accentuated by the fabulous grounds with lush greenery, fountains and an artificial lagoon on the banks of the Brunei River at Kampong Ayer. The mosque appears to be floating, a scene that is reminiscent of Venice but with an Islamic flavour; no wonder it is referred to as the “village in the water.” 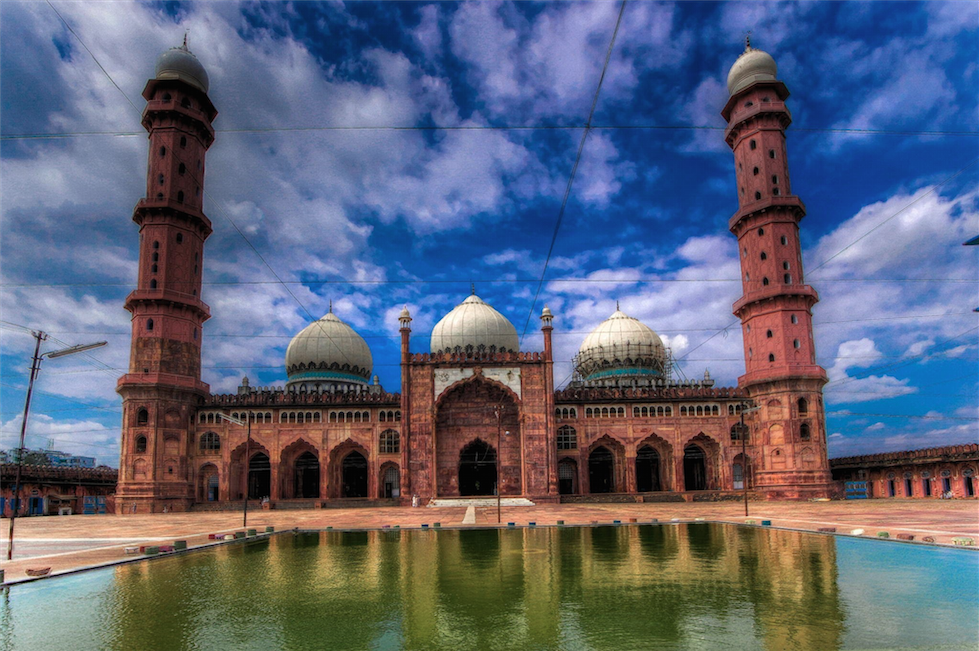 Shining under the Indian sun with its pink façade and its two 18-storey high octagonal minarets, Taj-ul-Masajid is the grandest mosque in India – and one of the largest in Asia. The mosque also has three huge bulbous domes, a massive main hallway with grand pillars and marble flooring typical of Mughal architecture. The Quibla wall and its ceilings are decorated with rich intricate designs. This impressive building is not only used for prayer but also retains the Islamic tradition of a ‘madrasa’- the mosque is still used today as an Islamic school during the day time. 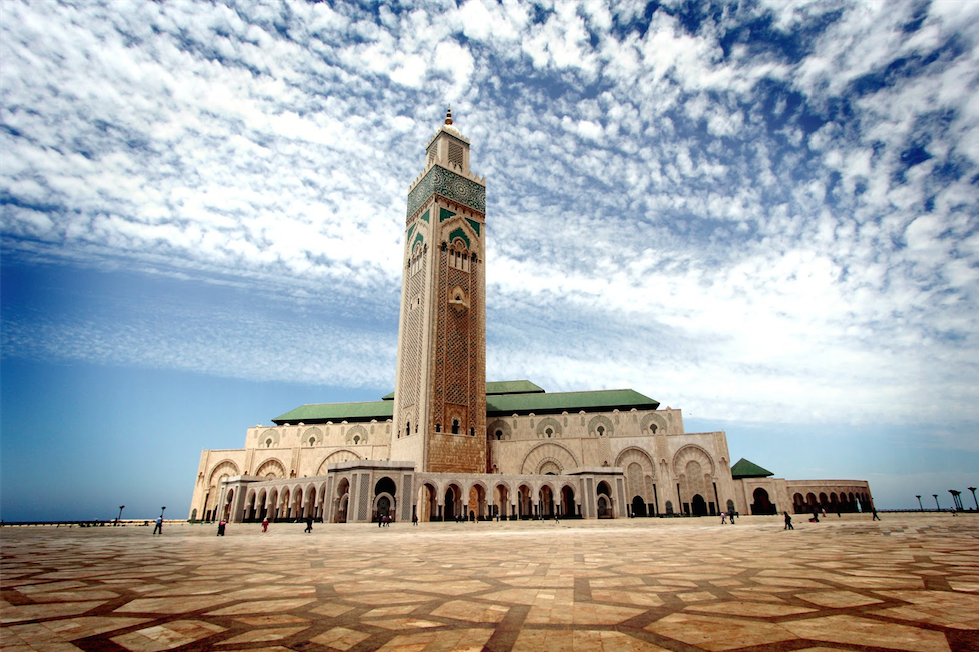 While Casablanca, Morocco is known as an enticing holiday destination, it’s also the home for one of the most beautiful mosques, The Grande Mosquée Hassan II. Its impressive and charming architecture and lofty green minarets (210 metres) stand just at the shore of the Atlantic Ocean with the waters flowing beneath its glass floors- picturesque scenery that must enchant worshippers. It is the largest mosque in the country and the 7th largest in the world, holding up to 105,000 worshippers between the prayer hall inside and the outside grounds. Hassan II set his intention before building this magnificent mosque that “those who go to pray [get] to praise the creator on firm soil, [and] contemplate God’s sky and ocean.” 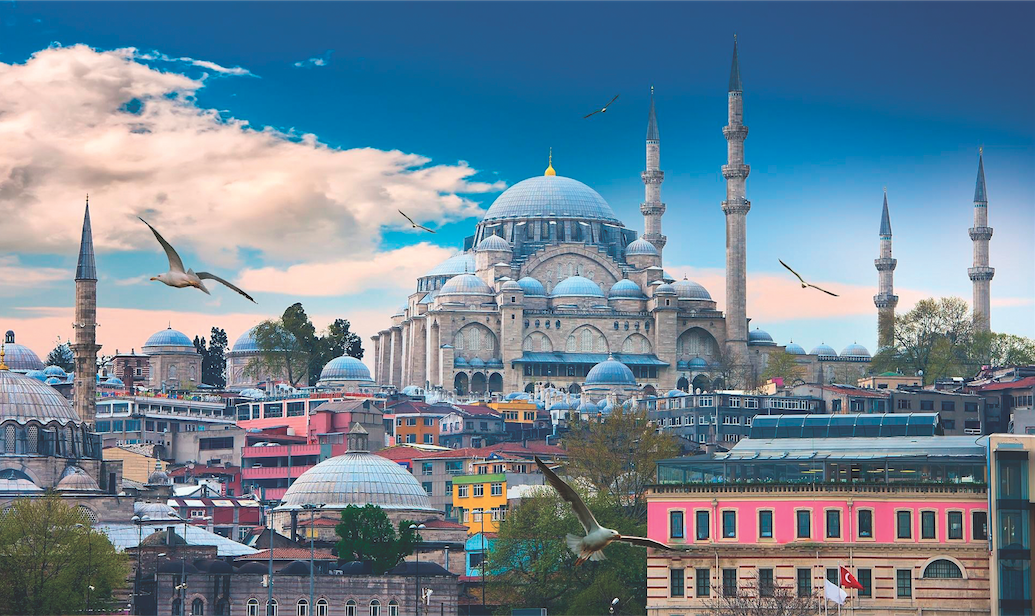 A survey of the most monumental mosques can’t overlook the wonders of Istanbul and the jewels of the Ottoman Empire. Istanbul is a spectacular city with rich architecture that reflects its historical wealth as an important city in different eras. The Ottoman Empire is its golden age and rendered many fabulous buildings, amongst them is the magnificent Suleymaniye mosque, one of Istanbul’s cultural symbols that crowns the city’s Third Hill. The mosque was built between 1550 and 1557. On the inside the mosque is breathtaking in its open space and serene simplicity; the architect incorporated four buttresses into the walls of the building creating an enticing ‘transparence.’ The outside features exquisitely landscaped gardens and a three-sided forecourt with a central domed ablutions fountain. The four minarets with their 10 beautiful balconies are said to symbolize Süleyman’s reign, as the fourth of the Ottoman sultans to rule the city and the 10th sultan after the establishment of the empire.

Mosques are built with the purpose of worship, but each has its story that is embedded in its art, in the tradition it retains and in the statement given by its founder.