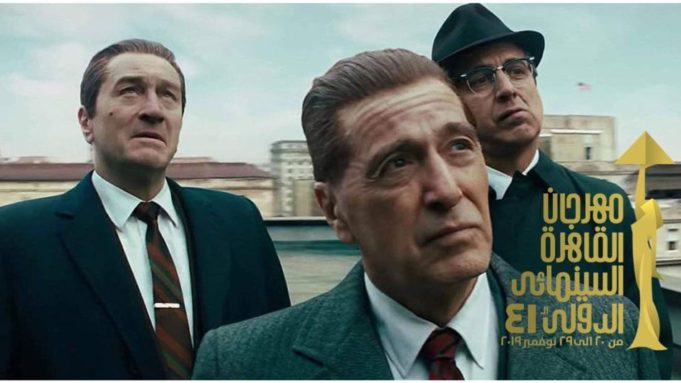 Tonight, November 20th, marks the opening ceremony for Cairo International Film Festival in its 41st edition. This year, the festival’s movie screenings are expected to be something else. So, we thought we’d give you our top 5 movie recommendations!

Martin Scorsese’s new blockbuster will be the opening movie for the festival. Starring Robert Deniro and Al Pacino, the Netflix production is definitely the biggest in 2019!

You could watch the movie for free Thursday November 21st at Cairo Opera House. Unfortunately the only screening available there is at 1pm.

The only Egyptian movie in the official competition is Marian Khoury’s Let’s Talk or “E7kely”. The movie is starring her own daughter and is higly anticipated by the fans of the late director, Youssef Chahine, since Marian is his relative!

It Must Be Heaven

Renowned Palestinian director Elia Soliman will be participating with a movie called” It Must Be Heaven”. A film about satire and his biography that has gotten a lot of praising at other festivals.

Catch it at Cairo Opera House at 10pm on the 25th or at El Zamalek cinema the following day at 6:30!

The most anticipated film for the year, The Lighthouse by Robert Eggers, is about the struggle of two men in isolation and how they fight to keep their sanity.

Last but not least, Haifa, the Iraqi movie that made a huge buzz at recent festivals. The dystopian slash realistic movie discusses sectarianism and so much more. Haifa will be screening at Cairo Opera house on the 27th at 1pm and at Zawya on the 28th at 9:30pm.