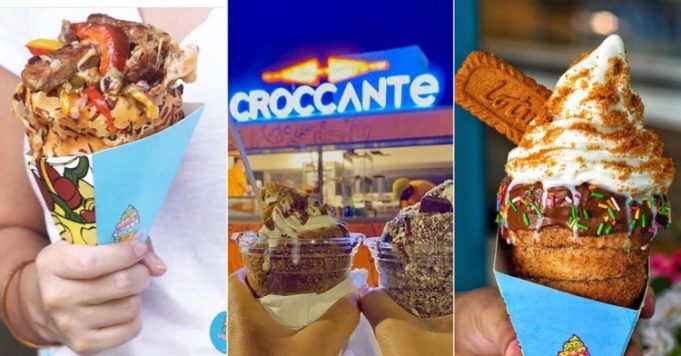 Chimney cakes are these enticing treats mostly famed to be the signature street food of Budapest, Hungary. But the great news is, you can get your hands on these goodies right here in Cairo. Although the places specializing in chimney cakes here could literally be finger-counted, they’re still worth your while!

If you’re a true chimney cake fan, you probably know about this hidden gem located in Heliopolis since ages ago. They make both sweet and savory Conuts AKA chimney cakes, but honestly, we liked the sweet ones way better!

If you’re a resident of Maadi, you’re in luck. We were bummed out to know they don’t have a store yet, but you can easily place your order through Facebook or Instagram. And trust us, you’ll need to lie-down after you try some of their sugary creations!

This place in Nasr City is amazing. They have this signature chimney cake slash waffle dessert to die for. We were hesitant about the mix at first, but they blend in just fine.

This hot and sweet chimney truck roaming Marassi just makes heavenly chimney cakes. They are relatively new but they became popular in no time. Especially since they deliver all over Sahel.

This place is a little low-key and is mostly known to the Downtown-Giza residents. However, it’s tried and tested and they serve one of the yummiest and fluffiest chimney cakes ever.

Which one is your favorite chimney cake place? And if you’ve never tried it, are you planning on it?