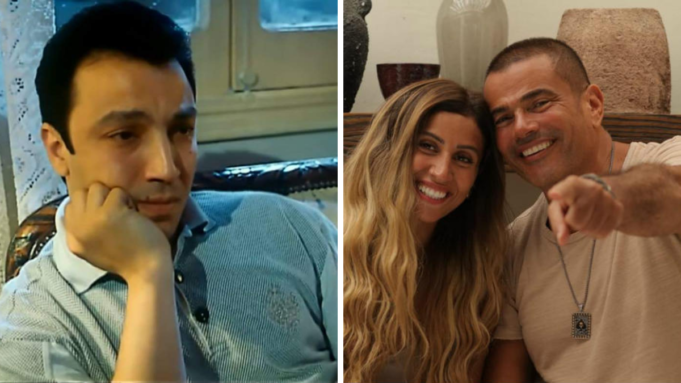 Picture this. So, it’s a casual summer day and, as per usual this time of the year, a Amr Diab music video drops and we all flock to see it. And we’re all pleasantly surprised to see Dina El-Sherbiny starring as the muse and it’s all sunshine and lollipops from there!

But wait, it doesn’t end there. A while after this, we hear that businessman Ahmed Abo Hashima casually gifted Yasmine Sabry a Rolls Royce. All admirable grand gestures, yes?

Well, for some, they are just that. For others, especially a big chunk of men, it’s a cue to jump-start the dreaded “why can’t you be like this?” and “does he do this for you?” conversations.

And, yes, these conversations are nothing short of completely unfair and we’ll tell you just why. It’s time to discuss unfair relationship expectations thrown on men.

You’re comparing them to the famous and privileged

Okay, so here’s one thing we need to realize. If you look at the Amaken El-Sahar video or you check Yasmine Sabry’s IG story to witness her get a Abo Hashima gift and you compare your boyfriend/ fiancé to either man, what do you think will happen?

We don’t mean to sound discouraging or dismissive, but there’s a line somewhere between us regular folks and global superstars and business people. Having any type of comparison between male celebs and normal Egyptian men is just a disservice to everyone involved.

You’ll be rendering all their actual efforts meaningless

Let’s get the record straight. Egyptian men do have romantic sides to their personalities. And when they could, a lot of them do go all out to show that side to their significant others.

It’s just that these gestures differ on the man and how grand a gesture he can actually pull off. So comparing him to a billionaire or just a small-time multi-millionaire means any efforts he puts are just null and void.

This will equate romance to money

Say what you want about the old “money can’t buy happiness” saying, but it does ring true. Sure, everyone wants the new PlayStation but it’s not the end of the world, you know. And mostly, it’s the thought that counts.

Tying grand gestures like these (i/e: as in, ones tied to money and fame) to romance, however, will be deleting all the thoughts that could ever count.

It will put a meaningless strain on the relationship

No one likes stress, that’s just a fact. And when this stress comes from a place that’s meaningless, it’s just an endless struggle that will literally lead nowhere. Why would you want to keep chasing after standards that aren’t just fit for everyone?

Ah yes, celebrities giving the rest of the population a case of self-doubt and anxiety — what else is new?

We may joke, but seriously, spreading around ideals like “if he doesn’t buy you a whole Rolls Royce, you should throw the whole man away” is just step number one to stabbing the man in his self-confidence. Ouch.

We just have to say it.