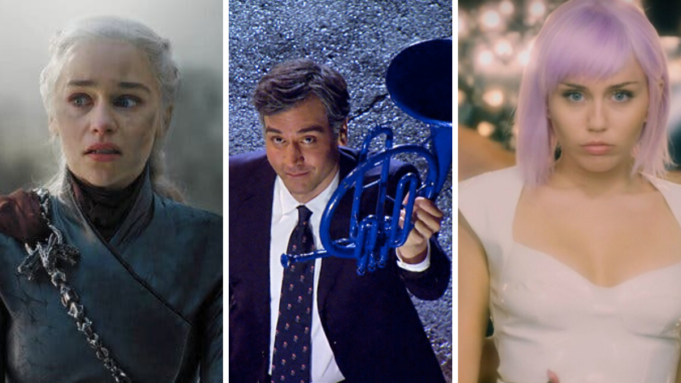 We’ve all had our disappointing TV moments. Don’t even deny it; we’ve all been there and we’ve been there more often than we can count. That said, it doesn’t mean we’ve somehow managed to become immune to TV disappointments.

Actually, it’s kind of a weird process. We know it’s coming and we know we won’t like it but it still happens and we’re disappointed. And when the show that does this is a show we’ve never expected to disappoint us, well, it hurts even more.

You can say all you want about How I Met Your Mother, but here’s the thing. By season 9, we’ve actually found ourselves rooting for some characters and then what happened?

The writers said “See all this character development? It’s gone now” and went on to kill the titular mother, the woman we’ve been dying to meet for this entire series run because Ted was supposedly telling a story about her!

And it doesn’t stop there, Ted also gets together with Robin, who has been ostracized by the friend group after leaving a Barney that regressed to Season 1.

The saddest thing about this TV show is all that wasted potential it had, honestly. Imagine hyping up a show to be the best of the fantasy genre only to get the end result GOT gave us — it’s truly a tragedy.

But even though we’ve all seen the warning signs (hello, season 7?), it’s a bit of a mystery how the executive duo behind the show managed to ruin its ending this much after getting a play-by-play of how it all ends from George R. R. Martin, the book series’s writer.

Granted, Black Mirror is not nearly as disappointing as the first two entries (and what could be?) but come on, what was that last season? Sure, the story-lines were intriguing, even if they felt a tad repetitive, but it honestly felt like the writers didn’t spend as much time developing them.

Okay, so this isn’t more of “disappointing” rather than “tiring”, but tell us honestly. Aren’t you tired of seeing the Bank of Spain? Because we are and we’re not even done with it yet.

Come season 5, we’ll have seen the bank in three different seasons and we hope that next one will be the last. Remember how quickly we left the Royal Mint.

We’ll tell you a harsh truth for this one. This show was never good. No, really. Not even season 1, which was based on the actual book. The depictions of mental health and suicide was suspicious at best and we need to come to terms with that.

And we also need to come to terms with the fact this show had three more seasons that did absolutely nothing except try to make you feel sympathetic for one of the most horrible characters on the show, so…yeah.

Just because you expected it doesn’t mean the show’s horrible decisions don’t disappoint you!