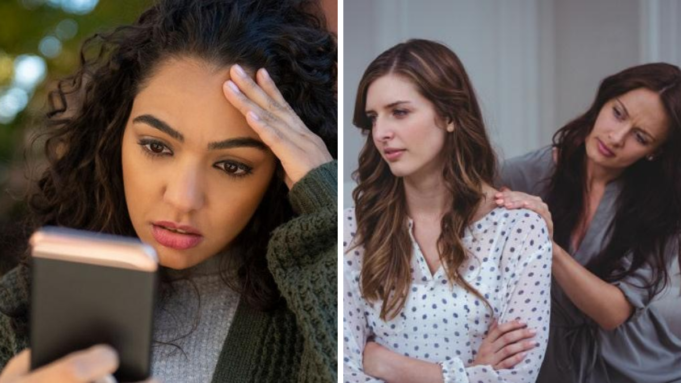 Certain friendships tend to be very fickle, right? One day, it can all be smooth sailing and the next can be a literal storm in the making. But, here’s a thought: Can some ‘storms’ be too much to bear? You know, to the point where your friendship is over?

Yeah, we’d have to go with a solid ‘yes’ on that one. We know, we know. Everyone likes to use all the metaphors in the book when they speak about friendships and important relationships but sometimes, you’ll need to let it go. For good.

So, how do you know when you need to cut someone off permanently? Well, there are five signs you have to watch out for.

Spending time with them makes you feel worse about yourself

Here’s a general rule of thumb. When you hang out with your friends, you’re supposed to feel good. See, no one on this earth should go out of their way to spend time with people who make them miserable.

So, if this misery never leaves you to the point where you dread hanging out or you go because you feel “obligated”, you may want to look into it.

They make a habit out of NOT being there for you

Let’s begin by saying that although one friendship tenet is being there for each other, sometimes things happen and that’s fine.

However, if these things keep happening to the point where you can never rely on said friend, even morally, this warrants a lot of suspicion. Especially if you make a point of always being available.

You fight about everything

By fighting here, we don’t mean that type of bickering we all fall into. We don’t even mean the occasional fights that sometimes happen.

What we mean is that you and that friend (friends) never seem to agree on anything, as in you’re rarely on good terms anyway. And if that’s the case, then it seems like your friendship has already crossed into frenemy territory.

You have literally zero things in common

So, we know that friendships don’t necessarily happen because you have everything in common with someone else. It doesn’t work that way. It just happens because you sometimes vibe with someone.

Here’s the thing, though. This “vibing” comes from the fact that you and the other person share values or certain points of view, rather than interests.

But if you don’t and you’re now complete opposites in all values, you may find yourself feeling uneasy and unable to trust the other person.

You can actually feel that the friendship ‘ran its course’

As sad and hopeless as this sounds, sometimes you have to stop fighting for certain relationships and friendships because you’re just prolonging the horror for everyone involved.

See, sometimes things just run their course and instead of trying to actively fight this all the time, you have to look deeper into it. Find if there’s actually something to salvage or if you’re just hanging on to a memory of a more pleasant time.

It’s hard, but if all signs point to it, you have to cut them off.