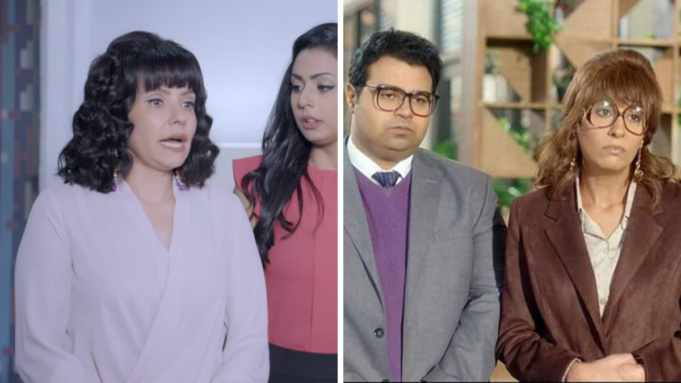 If the fact that Egypt’s work culture could use some serious reforms is a secret, then it’s admittedly a very badly-kept one. The minute we’ve stepped our toes into the work-sphere, we’ve seen a lot to be improved. Especially when it comes to women.

Naturally, we’re not the first to come to this conclusion. Recently, there had been an online discussion (pictured above) about Egyptian women’s experience working in the tech field. And this inspired us to list down 5 things, among others, that need to change across all fields in Egypt’s work-sphere.

The notion of “diversity hires being there just for diversity”

You know how sexism is still largely a thing so some offices actually need to be forced to “diversify” their hires so they could hire more women?

Well, apparently, this somehow manifested the thought that women are just there because they’re women. Not, you know, qualified professionals who passed an interview.

Obviously, this notion is extremely harmful because it adds to a whole history of women not being treated as equals but rather as “something” the “real” employees of the place have to endure. Do we even have to explain why this is horrible?

Too much involvement in their personal lives

Now, obviously, we’ve all had our share of weird office stories that veer off into the strangely-way-too-personal area but in some offices, this is taken up a notch.

See, in some offices, married women might be considered less as potential hires because they’re married. Not for anything else. And even women who manage to get hired despite being married or marry while they’re working are in danger of being terminated.

Why? Because some companies and offices don’t want to risk women’s pregnancy because that will impact their jobs. Yes, seriously. Some employers do treat marriage and/or kids as sickness and this needs to end.

Yes, the age-old dilemma of objectification is still a thing. Apparently, some people who aren’t against “diversification” hire women who look more appealing to them because, well, they want to “spruce up the office.”

But, wait, there’s more. Apparently, some offices stopped/limited their hiring of women because of other male employees’ objectification of those female coworkers.

See, some offices want to stop involving themselves with all that #metoo business, so instead of having workshops on harassment…they just stopped hiring women. Yes, that will solve the problem.

Not being taken seriously

Okay, so this issue not only impacts working women, it also affects any work that ends up happening. And, no, just because some of the trendier worksites have equal opportunities, doesn’t mean this stopped being a problem everywhere else.

“But I don’t see any women being taken un-seriously?” — well, here are some signs to look out for.

Too much laughter at her presentations, her being overlooked and automatically exempt from work trips or all-nighters, and any and all offensive comments that suggest she can’t do a task simply because of her gender and nothing else.

You’d think that with all the obstacles that face people at work, then at least there’d be a perk like the paycheck in the end.

And you’d be right and you’d be happy with that paycheck…until you realize there’s probably a wage disparity you probably knew nothing about until someone mentioned how much they made.

So, here’s a tip. If someone does a job, they get a paycheck and it’s the same amount for anyone who does the same job, regardless of gender. And that goes for severance pay too, which apparently some women do not get here.

It’s time we had this conversation, don’t you think?