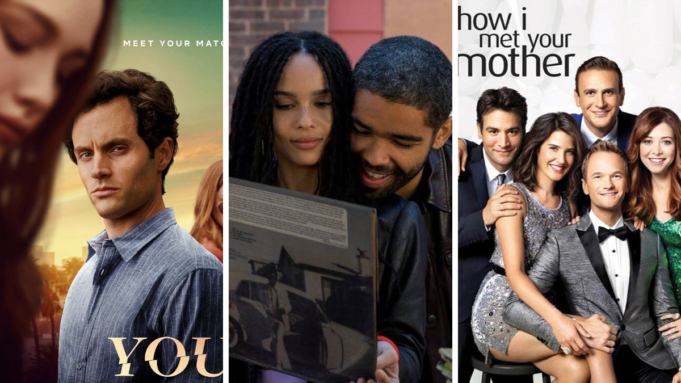 Heartbreak is a real pain in the neck, for the lack of a better word. It brings up such heaps of reflection, self-pity, and misery that people just look for any way to go numb.

Well, we already know people binge-watch a lot of TV series to take their minds off things like heartbreak. So we decided to recommend a few shows we think are going to ease things for you.

In this show, a woman goes through a hell of a time reflecting and kind of screwing things up by dissecting her five biggest breakups, including the one that hurt her the most.

Why Watch: you’re going to learn a lot, specifically what not to do and it’s kind of everything Zoe Kravitz’s character does.

Crazy Ex-Girlfriend is better than its name sounds. In this show, Rebecca kind of stalks her old high school ex and discovers a few things about herself on the way.

Why Watch: you’ll learn a whole lot about mental health, symptoms, how to reign yourself in, and not needing romantic validation.

Okay, so most of us know what You is about, but just in case some didn’t: there’s a lot of murder, blood, gore, and supposed romance going on.

Why Watch: you’ll be quite thankful you’ve never fallen into a trap like that one. Even if your ex is a hairbreadth away from being a demon, at least he’s not Joe from You.

You can say How I Met Your Mother is about a man painstakingly reporting way too many details of his romantic life to his kids to tell them, well, how he met their mother. You can also say it’s about his journey of getting over one major heartbreak…just ignore the last episode.

Why Watch: you’ll see that getting over heartbreak is possible and so is becoming friends with your ex.

Breakups don’t just happen to young people, you know, and neither do they happen only in short-term relationships. You can spend decades with a person and they can still break your heart — the exact plot of Grace and Frankie, who restart their lives after double divorces well into their senior age.

Why Watch: you’ll learn it’s possible to restart and get out there, even if it’s been an excruciatingly long time.

With enough TV shows and comfort food, this spell will pass!