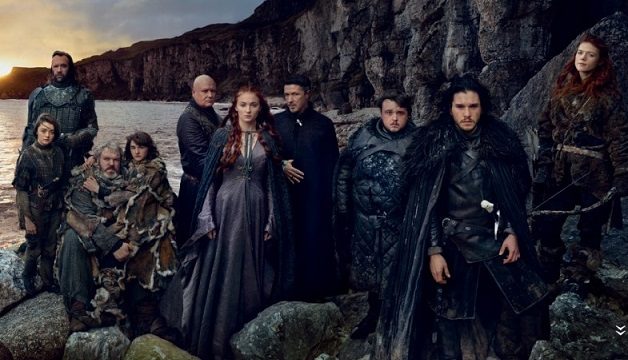 You know what I hate most about being a Game of Thrones fan? It’s the fact that I live in the most ineligible country to keep track of the series.

Every single fan of HBO’s major hit in Egypt always loves to show his admiration for the series by creating their own theory and spreading it in the air because….Kolena George R. R. Martin Ya Gama3a. Or maybe they will just keep watching the episodes over and over again to brag about their attention to details and spoil the fun for others. “5adt Balak Enta Mn El Seef El Kawtch?”

Below are the worst facts about GoT fans in our beloved Egypt:

1- I know everything. I make theories and they’re always wrong and you know nothing!

You know these guys who go on Wikia, read the summary of ‘A song of Ice and Fire’ and bother you with it, ranging from Jon Snow being a Targeryen to Jon Snow becoming the Azor Ahai (Sada2ny Ana Nafsy M3rfsh Y3ny Eh Azor Ahai till now, really.)

2- Useless Criticism That Will Lead Us Nowhere And Won’t Change Anything.

Moving on to the painful part, a small number of people in our lovely community have that catching eye to capture goofs, and post them to social media. These people really know how to spoil a good episode every week and annoy the hell out of you. Thanks for ruining my favorite episode, Battle of Bastards.

What is really making it very silly for all the series’ serious fans are the blind followers of Jon Snow, the most naïve and shyest character in the series. He matches the Egyptian criteria to be a fan favorite. He’s a good swordsman and women love him.

In all honesty, Game of Thrones contains a lot of sexual scenes that most of us love. However, a lot of people tend to skip them on social media groups to show how religious they are.

It gets worse in Ramadan; did I mention that?

Trust me; we don’t care about your opinion. Keep it to yourself.