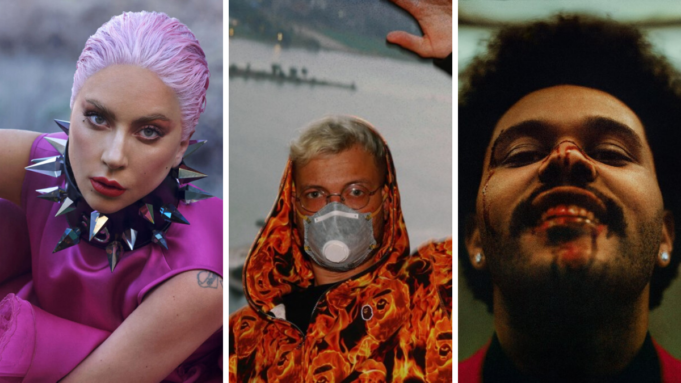 Okay, so the mood is…off, for the lack of a better word. It is just that, though, off and bleak and nothing is going on to change it, really. And at this point in life, we all know the only thing that can make this bad mood evaporate—music.

But haven’t you noticed something? You’ll need some fun, exciting albums to get your old vibes going again and this is where we come in, of course. Check out these recommendations and thank us later.

Okay so for this particular album you’ll have to thank Beyoncé because sister duo Chloe and Halle are her prodigies. And they’ve proven their musical genius on every track on this album, with enchanting vocals and haunting beats every step of the way.

Recommended tracks: Lonely, Wonder What She Thinks of Me, Overwhelmed.

Hey, remember when Lady Gaga was considered the weirdest artist in existence back in 2010 or so? Because she certainly was and after a few albums toning down her weirdness in favor of more serious projects, Lady Gaga has just released an album that is just as unapologetic, fun, and weird as she is.

Notes on a Conditional Form by The 1975

This album, if nothing else, is a testament to all procrastinators out there. See, it was supposed to be released a literal year ago but the band, according to some members, “got distracted”. And the result of all that procrastination? The best 1975 album out there, truly.

Recommended tracks: Don’t Worry, I Think There’s Something You Should Know, Playing On My Mind.

Meet the Woo 2 by Pop Smoke

Gone too soon but unforgotten, Pop Smoke’s album has been released the same month the rapper himself died but its exciting impact will not be glossed over. In this album, you will find it all—beat, lyrical prowess, and on-point delivery.

After Hours by The Weeknd

Admittedly new-ish compared to other albums on this list, the Weeknd’s new album, After Hours, may just be the most “2020” album of them all. It’s full of ups and downs and nostalgic tracks that make you wish you can go back in time and you just know everyone will be playing “Blinding Lights” in their first post-quarantine party.

Recommended tracks: Save Your Tears, In Your Eyes, Blinding Lights.

Okay, let’s make one thing clear—not a lot of Egyptian artists released new music this quarantine, which is a little upsetting. Of course, that doesn’t apply to everyone since Marwan Moussa decided to be Egyptian trap’s saving grace this quarantine. And every track here says it better than we can.