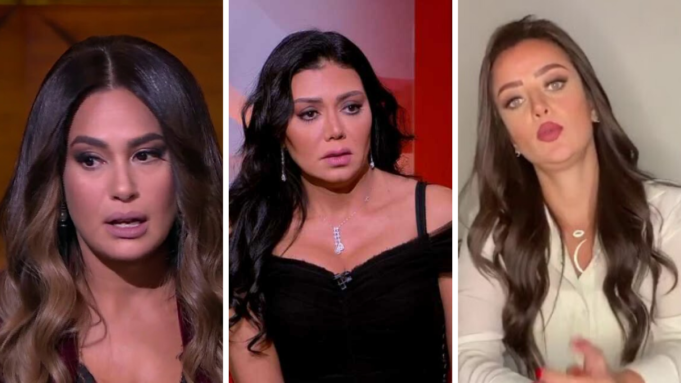 If you’ve been on social media anywhere for the past day and a half, you’ll know things are hectic right now. People are sharing stories that are traumatizing but important and we might just be witnessing a movement in the making.

Seeing this, you’d imagine we’re all on board and we all want to bring change…well, you’d be wrong. See, some of our celebs aren’t exactly on board with using their famous platforms to aid in change.

But we’re really not dwelling on them here. No, in fact, we’re going to dwell on 6 of the other set of celebs who managed to use their platforms in the best way possible to help the growing anti-rape movement.

While certain influencers were afraid of tainting their aesthetic, Egyptian rapper Marwan Moussa led the Egypt Trap vanguard and posted this video to spread awareness about the Serial Rapist case and about the Assault Police Instagram account. But he didn’t just stop there.

Marwan also went on to elaborate on how all men have a societal advantage over women and how they need to reevaluate themselves and their actions when it comes to the women they interact with.

Another celeb who has also come forward to lend their voice to the movement is Hend Sabry, who took to Twitter to encourage harassment and/or rape survivors to come forward, all while condemning how society has helped in spreading silence.

We’re the first who are going to say it. We’re sorry to have doubted Radwa El-Sherbiny as being “all mouth” when in actuality, she’s the first to have directly offered her help to the survivors.

Like a lot of others, Radwa El-Sherbiny took to her social media accounts to condemn the serial rapist all while offering numbers for the National Council of Women and mentioning the existence of pro-bono lawyers who will help the victims for free.

Radwa has also added that if a person wants to come forward but can’t for whatever reason, she’ll be there and will try to personally file the case.

Building on where Radwa El-Sherbiny left off, Mostafa Darwish also came forward to lend his voice to the growing masses by saying that he stands with the survivors in their trials. And that he’ll support them too by paying for their lawyers, if they want this.

Adding his voice to the fray, director Amr Salama focused on very important points, while lending his support to the victims.

The victim-blaming mentality that comes up whenever someone comes forward and the role that the parents played in all of these stories, citing that the serial rapist managed to blackmail some girls because there was no trust between them and their families.

Rania Youssef didn’t only take to her Twitter account to post an extremely important photo-set like the one below about the never-ending “but not all men” issue. No, the actress had also written a thread about her own experiences with sexual harassment and why it’s crucial we stand with the victims now.

Unlike others who felt pressured into giving a statement after they all but said they didn’t care, Rania knew why sharing and solidarity are important.

And that’s how you use a platform!