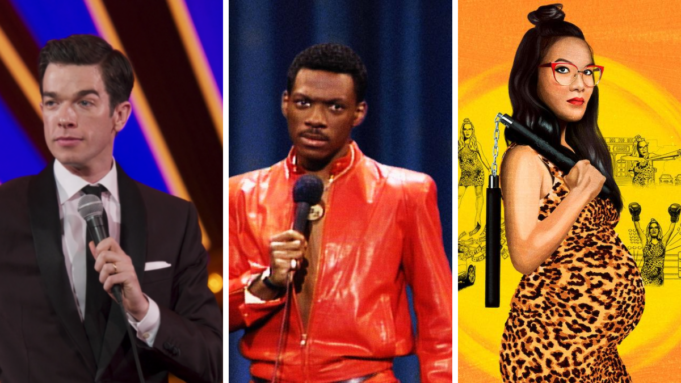 On the days you really, desperately need a laugh, what do you do? No, seriously, we’re asking. What do you do? Because we’ve been trying everything from sitcoms to generic YouTube videos to no avail.

No, but wait, why don’t we all try to go about it differently. Instead of looking for comedy shows to get a few giggles, why don’t we go to people who get paid to make you laugh for a living?

On board? Okay! Start by streaming these 6 comedy specials right now.

Hilariously awkward and awkwardly hilarious, John Mulaney paints a vivid picture of his life that might make you think “hey, he really gets it”.

You’ll hear about everything from college people problems to just flapping in the wind as a twentysomething and you’ll love it!

When he’s not hosting political TV shows, Hassan Minhaj is also killing it on stage as a comedian. And with him, heavy topics like immigration and parental disapproval will make you laugh rather than cry.

For all those interested in female comics, you’ll have to look no further than Cristela Alonzo who will knock your socks off with her quick wit and charisma.

Not to mention she’s so chill, it’ll be like you and a friend having one funny conversation.

Let’s get back to the basics real quick. There are some OG comedians out there and none of them are strangers to us — like Eddie Murphy.

See, before he was killing it in Dr. Dolittle and Shrek, the man killed it on stage in many comedy specials!

Naturally funny and brutally honest, Ali Wong is in it to win, everyone. The laughs you’ll get here will start small but by the time they’ll hit you, you’ll be quaking in your seat. Trust us!

Hey, do you ever want to see chaotic energy manifesting on screen? Because if you do, you’ll have to watch the Eric Andre show. And if that’s not enough, well, you can now fill up the chaotic energy meter to the fullest with his comedy special!

All the laughs you want are just a click away!