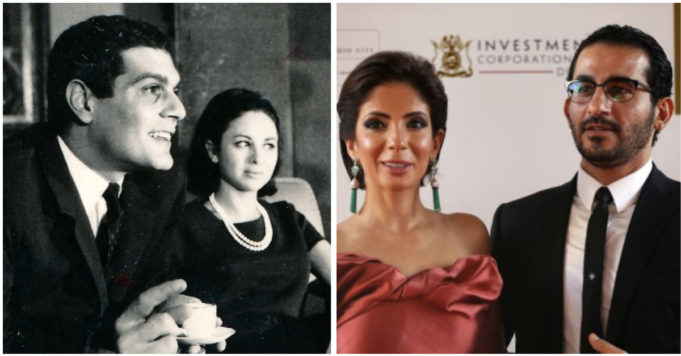 Since a lot of celebrities tied the knot in the past 6 months, we decided to remind you of those who met on set, fell in love through their work and eventually got married.

Here are 6 Egyptian celebrity couples who decided to take their love into the stage outside the set and live happily ever after:

It all started when a play called “El Sekerter El Fani” combined one of the funniest acting duos ever and eventually created the spark. El-Mohandes proposed in front of the audience and she said yes. For 15 years, no one can deny the amount of love and support these love birds offered to each other, both on and off the screen.

Despite being married at the time, that didn’t stop Hamama from falling for the charming Omar El-Sherif on the set of “Sera3 Fel Wadi”. The signs of chemistry between the two were undeniable in “Nahr Elhob” after Hamama’s divorce, and they finally got together. This relationship was iconic since El-Sherif changed his faith and name just to have her as his wife. Romantic, right?

It was just a secret until the couple worked together on the set of “Aghla Men Hayati” back in 1965. Mona (Shadia) and Ahmed (Salah)’s love story was one of the classic love stories in Egyptian cinema. Most of the scenes were taken on Marsa Matrouh beaches, and this is what encouraged them to reveal their hidden love.

A friendship turned into love and then marriage. They have worked together in many movies such as “Hepta” in 2016, “Wahid Sahih” in 2011, and series like “Aad Tanazoli” (2014). No one can say that we were not envious, okay?

Married for almost 16 years, they are one of the most adorable and successful couples out there. The fire of love ignited during “Leh Khaletni Ahebak” back in 2000 and then Ahmed Helmy couldn’t hold it back and confessed his feelings during the filming of “Africano” in 2002. And the rest is history…

Since “Zan’et El Setat” back in 2016, we have all doubted the truth behind their relationship which they managed to hide for almost two years before confessing to the public and getting married later. A match made in heaven, we’d say!

It’s flattering to see on-screen couples becoming real-life partners. It gives hope that we never know when and where we will find the one. Take care, they might just be right in front of you.