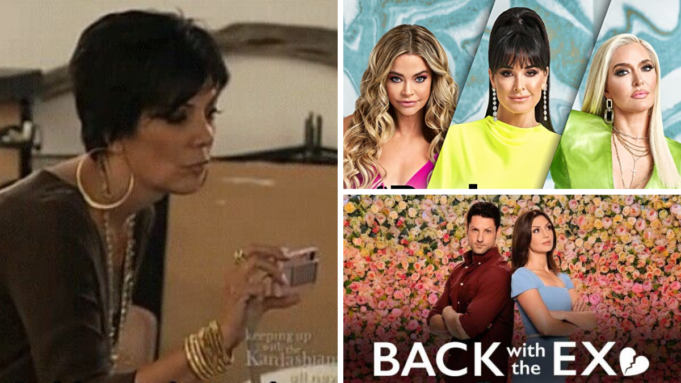 A little confession: life has been boring lately. At this point, we’re really not doing anything except waiting for something big to happen so we can meme it and feel some spark of joy again, right? Well, here’s the thing:

Life doesn’t have to be boring so it can be real. Sometimes, reality is fun and addictive and kinda-obviously-but-not-really scripted.

Yes, by the way — we’re now talking about reality TV and the 6 new Netflix-added shows that will take up your time!

Keeping Up With The Kardashians

Okay, so before you roll your eyes at this entry, we have to tell you one thing. Netflix has so far added only the first 2 seasons of the Kardashians show.

As in we’re getting intense middle-class Kardashians throwbacks to the two seasons that inspired a thousand memes. Yes, including that one “you’re doing amazing, sweetheart” meme.

The first competition-based show on the list, The Circle is literally a social media game that is all about strategy, wits, and a lot of cat-fishing as countless contestants compete with each other all while being isolated from the world and never seeing their actual contestants.

It’s kind of like quarantine, except these contestants are having fun and actually winning money. It’s a chaotic wild ride you will enjoy in all available versions.

The Real Housewives of Beverly Hills

Say what you want about this show and how over the top it is, The Real Housewives is still honestly entertaining to watch because with every passing episode, things get weirder and wackier.

And not to mention, there are reunion episodes where everyone gets to confront each other about every petty squabble they had — get your popcorn.

Pointless events, odd choices, and mentioning doctor husbands at every given point may seem like things you’ll want to skip out on, but come on.

If we’ve learned anything from this list, it’s that reality TV will suck you in even more the weirder the plot gets. We don’t want to brag but you may thank us for it.

Back With The Ex

Have you ever wondered if maybe you missed out when breaking up with a specific someone? That maybe you need a second chance to see if there’s still something worth saving there. Well, you’re not the only one. This is literally the plot of Back With the Ex — and wow, does it get emotional!

The year is 2009 and you’re parked in front of your TV, waiting patiently until MTV Arabia shows the newest Pimp My Ride episode and everything is good. Nostalgic, right?

Well how about this — West Coast Customs, the repair shop that helped Xzibit pimp those rides, now has a show on Netflix. Say hello to all the candy paint you can handle, it’s nostalgia hour!

Add these to your cringe watch-list now, you won’t regret it.