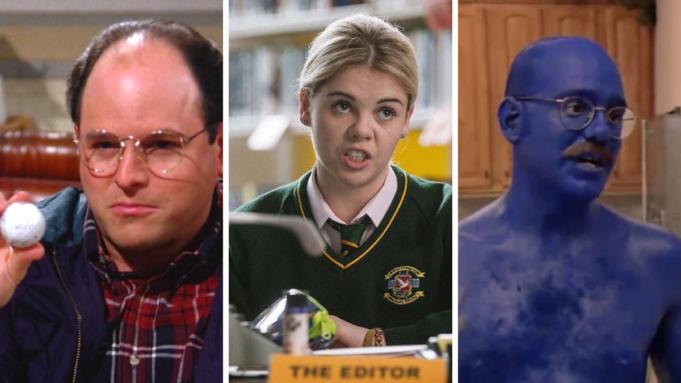 Okay, so before you judge us off title alone, we just wanna say that some iconic series, though iconic, have had their moments. You’ve seen them over half a hundred times which is perfectly okay but if (and that’s a big if) you find yourself unable to go back to your favorite show for the 6000th time, what do you do?

You know. You’re supposed to find something else to watch. And that could be a pain because, well, you just don’t know what to watch. There’s no other sitcom that can come out of the woodwork to soothe your heart now, is there?

Well, yeah. There isn’t just one sitcom you can turn to in this sitcom-withdrawal — there are six. All underrated, all your-favorite-thing-ever once you see them.

The fact that Seinfeld isn’t as big in Egypt is honestly criminal. It’s as 90’s as it gets but here’s the thing — the story-lines are still hilarious to this day because, with minor tweaks, they can still happen. Also, everyone’s a jerk-in-the-sitcom-way and you’ll love it!

P.S: if you find George Costanza too relatable, seek help.

Ah, yes, the pride of sheer hilarity. No, we’re not exaggerating. This show, despite having a clear-cut premise, doesn’t shy away from anything…including taking digs at its own plot and characters! And here’s a tip for you: the paintball episodes (yes, it’s a thing) are unmissable.

Okay, so at first a sitcom about people working in a grocery store might not seem like the office-sitcom you want to check out. But then, you watch the first episode…then the second, then the third and before you know it, you’re bingewatching because it’s just that good and you will not regret it.

A sitcom that’s essentially a mockumentary about a broke formerly-wealthy family, Arrested Development is insane. No, literally — it is. It’s a trainwreck that just keeps going and you cannot physically take your eyes off of it, despite the secondhand embarrassment.

Another sitcom about a broke formerly-wealthy family, Schitt’s Creek (pronounced exactly like that word we can’t write because it’s a curse word) veers you off in a totally different direction. Yes, the family is dysfunctional. Yes, they’re hilarious. And yes a lot of trainwreck-level stuff happens — but they’d decided to make bad decisions as a family and that’s heartwarming.

At first sight, you’ll be a little worried because Irish sitcoms about schoolkids don’t seem that fun. But honestly, once you put the captions on (and you will need them), your doubts will be rendered trivial. This show is weird and funny and you’ll be rewatching it whenever you need a quick laugh.

Invest your time in these gems!