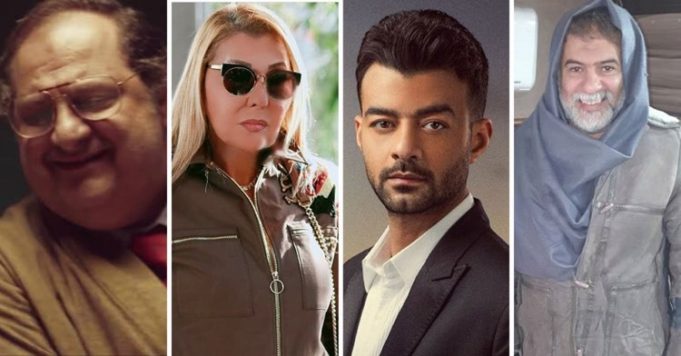 What’s really cool about Ramadan, other than loads of TV shows and food, is the fact that many actors and actresses usually take it as a chance to make a comeback. So, let’s meet this year’s comebacks!

The veteran actor, most known for his Youssif Chahine’s movies, pulled the drapes on acting a while back. But luckily, we got to see him in Youssef El Sherif’s “El Nehaya” this Ramadan as a guest of honor!

After 4 years of absence, Khaled El Sawy returns to the silver screen with full force. Layaleena 80 is the show where he so masterfully plays the old philosophy teacher with Alzheimer’s disease. And what a ground-breaking comeback that is!

2020 is definitely the year of Hatham Shaker. Not only did he make a musical comeback and launch his acting career by starring in Hob Omry, but he also wowed everyone with the theme song of the Ramadan series!

Nadia El Gendy and Nabila Ebeid surely are two veteran actresses who aged gracefully. Case in point, their performance in “Sokar Zyada” the Egyptianoized version of the Golden Girls!

Another veteran actor we loved seeing this Ramadan is Mahmoud Qabeel who plays the role of Dina El Sherbiny’s father-in-law in La’bet El Nesyan. Don’t you just love the older generations and the new ones joining forces on screen?