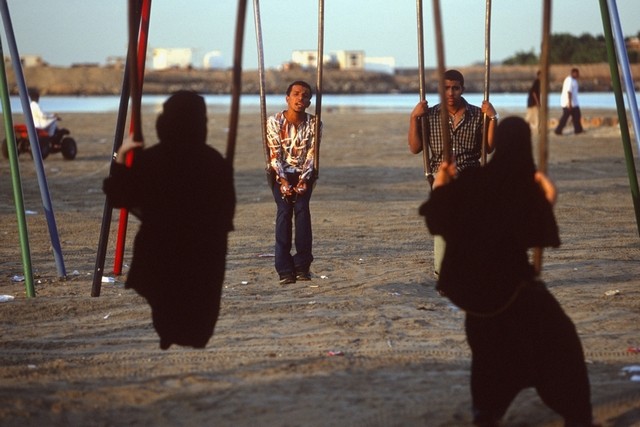 Negative words specifically aimed at your BF should be avoided in your relationship. Thing is, guys get hurt too but they don’t necessarily show it. Nevertheless, a guy’s pride is as serious as Korea threatening the world with its nuclear weapons. The list below comprises some statements or answers that your BF finds pretty irritating but is not bothered enough to tell you about. For one thing, he might have told you, but you still refuse to respect his insecurities and feelings.

1. When you’re mad, and he asks “malik?” PLEASE TELL HIM. I don’t care if you’re a Gemini and impersonate 7986 other personalities, just effing do it. It usually ends up in a fight if he asks you what’s wrong and you say nothing and then he thinks you’re fine. How on earth is he not giving you the right amount of care and attention?

2. Never tell your BF to stop talking to his best-girl friend. Let me guess. He knows her before you, and he’s willing to keep her and lose you. It will be a very awkward oxymoron to see yourself being dumped for the one girl you were jealous of.

3. “Hateegy tekalim baba imta?” (X 459032039) Is he not answering your calls anymore because you asked him that about 459032039 times? Well, let me enlighten your broken dreams. If he’s willing to take a step forward, he would do it without the need for the constant reminder. If it’s not in his short term plans, tough luck girl.

5. Don’t ride on the high horse and leave him walking on earth. Lose the ‘asl papy large’ attitude and live down to his standards. This really irritates guys. If you really love him, get down to his level and stay real. You can work together to make it ‘big’ someday; support each other and don’t play the arrogance/classist game.

6. When your BF asks you what you want to eat”, just freaking answer! Don’t reply back with ‘mish far2a ma3aya’ or ‘inta 3ayiz eh?’ This conversation usually ends in two ways: either you go home earlier than you thought you would, or you end up eating food you don’t like.

If you have read my previous Why Egyptian Guys Don’t Understand Egyptian Girls, you would understand why many guys fail to express their most irritating issues in a relationship. From day one, honesty and openness is what your relationship needs to survive.