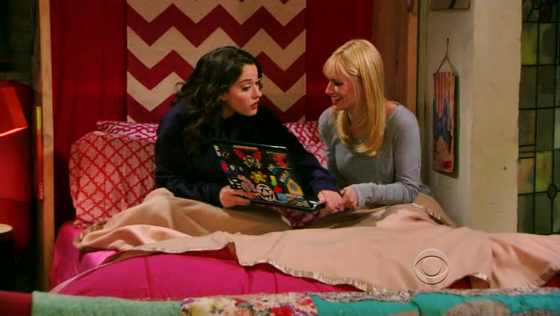 There’s close friends, and then there’s actual sister-type besties. When you and your bestie spend a lot of time together, a lot of creepy things can start to happen. Your connection is pretty strong and everything from your emotions, to the people you find hot, become one and the same. Here are just a few of those creepy moments:

It’s scientifically proven that the more time you spend around someone, your magical period hormones automatically sync and your cycles align. This usually leads to pmsing together, keeping track of each other’s cycles and knowing when anyone is late. A bit too intimate? Maybe, but not for this level of friendship.

This can sometimes get slightly creepy. You were just thinking something and you find them saying it. You guys are connected somehow! Your thoughts, feelings and expressions are a mirrored image of each other! Creepy, sure, but very useful to have someone that instantly gets you like that!

The words that are said in the silence! Everyone around you has no idea but you guys have had an entire gossip session about them with your eyes. You don’t need to speak for them to get who you mean and what you mean. It’s the magical connection of friendship.

4- Crushing on the same guys

A pro and a con is when you start crushing on the same people. You are so close that you have acquired each other’s taste in men. This can cause a little friendly competition over them, but also plenty of bonding about how amazing the person you’re crushing on is!

5- Hating on the same people

They say nothing brings people closer than having a common enemy. How true is that! They don’t even have to be someone who actually did anything bad or hurt either of you in any way. They just give you a bad vibe or you don’t like how snotty they look. That’s enough. And when you’re in sync, you don’t even need to explain that, they get you!

6- Being the third party in their relationships 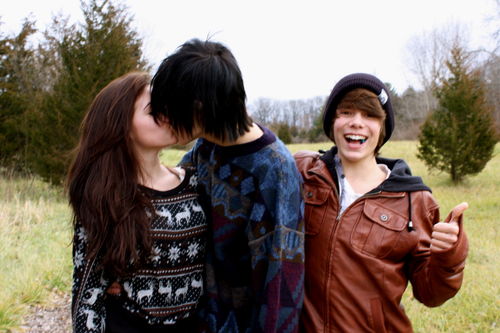 You are so involved in each other’s lives that you have co-authored all of their texts to their significant other, helped them pick out what to wear when they’re seeing them, know way more about their boyfriend than is probably healthy. As weird as this might sound, it actually helps both the friendship and the relationship.

You literally feel like you became the same person because of how creepy and in-sync you are. Tag your bestie and tell us what creepy moments you’ve experienced together.