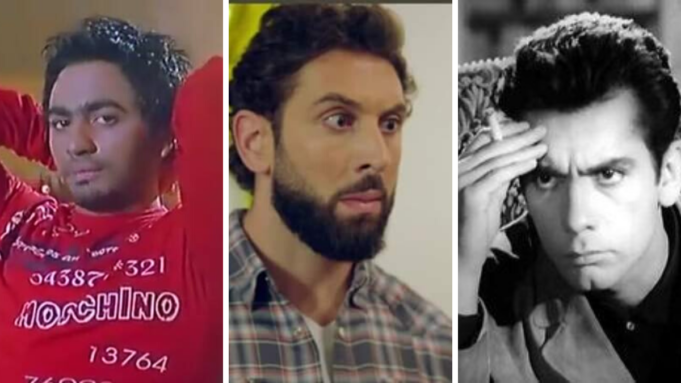 As a viewer, you may think that acting is just one of those jobs that are too easy. What do you have to do, really? Read a script, channel some emotion, and be camera-ready. That’s it, right?

Well, wrong. See, if acting was as easy as you’d imagined, anyone who walks in front of the camera will be a success. But here’s the thing — you need talent for acting if you want to succeed in it.

Sadly, that’s a lesson many, many people aren’t ready to learn. Famous, talented people, included too, or else why do we have 7 “actors” who should have so not tried acting?

We all know and love Tamer Hashem as the drummer from Cairokee and for many years, we’ve been curious to know more about him. However, nothing could have ever prepared us for his recent acting stints in shows like Hekayat Banat.

Honestly, we’re not trying to be mean or anything but acting is truly a rare gift and maybe Tamer should be aware of this. Not everyone is meant to be a double threat.

Maybe she needs time to get a better grip on acting, maybe it just will never work out. Who knows?

An everlasting Ahly icon, Saleh Selim’s footballing skills were undisputed and his eras running the club were unmatched. You know what else is unmatched, though? His acting career, not for any good reason.

Even though he had appeared in the classic El-Bab El-Maftouh, Selim was not exactly what you’d call a good actor. There was a reason he only got stoic roles.

Yes, we went there and you know what, once you momentarily forget your attachment to Hareem Kareem, you will go there too.

As a singer, Mostafa Amar has had hits that still resonate with us but as an actor, his impact honestly left us speechless. He shot his shot and it missed, but that apparently has not deterred him.

You may know Mohamed Mekkawy as a social media influencer and if you do so, you can imagine many people envy you. Only because they got to know him as Hossam in Hekayat Banat.

Much like his first acting attempt, Mekawy’s current acting isn’t exactly doing well with anyone.

Admit it, you’re not surprised. Even if we’d laughed at the classic that was Ismailia Rayeh Gy, we all knew Mohamed Fouad was a much better singer than he was an actor. Sadly, he does not share our opinion.

Okay, we love him and we enjoy all the memes from Omar w Salma, but Tamer Hosny has never been a grade-A actor and we, as a population, already know this.

We’re just giving him leeway because he seems to be doing it for the laughs and not just to add another perfected craft under his belt.

Not everyone’s meant for the big screen.