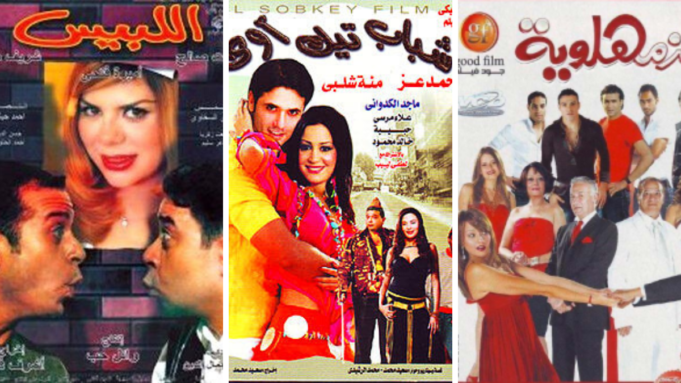 There’s a certain beauty to cringey movies. Despite how much you try to deny it, you know it’s right. Sure, you wouldn’t seek these types of movies on your own free will but if it’s late at night and you’re bored out of your mind and something so hilariously cringey is on TV, well, you wouldn’t switch channels.

But, of course, just because some cringey movies are hilarious doesn’t mean that this can apply to every cringey movie on the planet. See, some of them take the cringe to levels so extreme that you can’t even enjoy them.

In this list, you’ll find 6 movies that are just so horrible, it’s not even funny. Don’t say we didn’t tell you to proceed with caution.

Perhaps the saddest thing about this cringe cinema icon is that it wasn’t shot on a cheap budget. Considering they…dazzled us with professional footballers trying (and failing, spectacularly) to act, we can see the crew really tried to pull something decent together.

They shouldn’t have gone through the trouble, though. Seriously. No one wanted a lighthearted-suddenly-fake-deep movie about settling football rivalries in addition to a Bushra-Mohamed Azmy romance.

You will never learn true suffering as much as you will while trying to watch Awel Mara Te7eb Ya Alby.

We wish we were kidding but, really, the movie literally starts with borderline assault and continues with the worst ever romance of the millennium, so…yeah. Take it from us, this one’s just pure suffering.

No one’s ever asked Mostafa Kamel, singer of the famous Eshta Yaba song, for a movie starring himself in the main role, but guess what we got? Yes, exactly that.

And not only did we get this…gem, but we also got it named after Mostafa Kamel’s hit song, you know, to drive the point home.

From the minute you begin Shabab Takeaway’s animated montage (yes, really), you can tell there are many reasons they just don’t do that on TV anymore even though Ahmed Ezz and Menna Shalaby are the movie’s main leads.

We can’t really put our finger on which reason quasi-took it off air, though. Was it the bad sound-editing? The horrible plot? The fact that Ahmed Ezz didn’t know the first thing about acting then? So many questions.

You may not remember this, but there was a period in Egyptian cinema where the theme was “If The Title Rhymes, We’re Making It” and that period, obviously, sucked.

And what about the plot, you say? Well, imagine a story about a couple Zamalek-bred crook brothers but it’s also about family and responsibility and for some reason, the mafia is involved.

We really have nothing to say about El-Labees (starring Cringe Queen Amira Fathy) except that we really don’t understand why Medhat Saleh did it. Sure, the music’s nice and everything but still. Why? And why did he rope Sherif Moneer into it?

Some things aren’t even meant for a hate-watch.