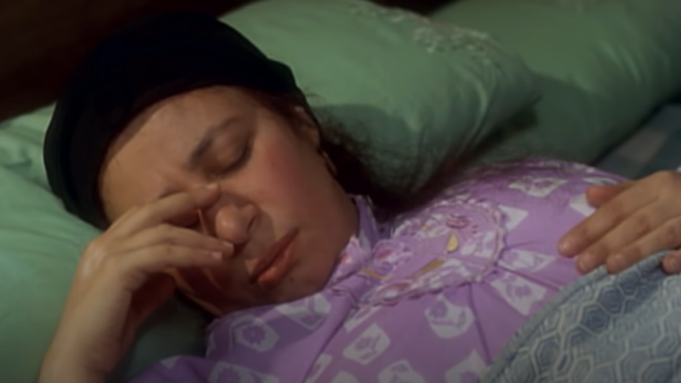 Dreams are super weird. Think about it. One minute you’re overthinking yourself to death about that time you said something stupid to a casual friend and the next you’re winning the World Cup and going on superhero adventures at the same time!

But, believe it or not, all the dreams you’ve ever had in your life are probably not half as weird as the ones we’re about to tell you about.

“I was kidnapped by Sherif Moneer and french fries were involved”

Yeah, and that’s not even the weirdest part of the story. “After he kidnapped me in my dream,” the girl wrote, “Sherif Moneer got this barrel full to the brim with french fries to torture me!”

“He kept dunking my head into the barrel,” she added, “and I kept crying and telling him to stop that because the french fries were unsalted.”

This one’s a tale as old as time. How many times have you seen a person get yelled at to not talk to someone who’s bad for them? Probably countless times, but was it ever through their subconsciousness, though?

“I planned on starting things with him again and I wasn’t going to tell any of my friends so they wouldn’t yell at me,” a girl wrote. “I was dead-set but I was very tired that day so I slept and I dreamed that I met him somewhere and he yelled and cursed at me and told me to never call him again!”

We don’t know what to make of this dream, truly, but you tell us. “I dreamed I was walking on the shore and then I met this frail old man who kept smiling at me and pointing to the moon, like there was something I needed to know.”

“So I finally looked up to the moon and it was so beautiful…you know, until it spat in my face, at least.”

“I died while flying”

This is probably just a lesson to everyone reading this. Karma is alive and well and will keep haunting you, even in your dreams, so be careful!

“I was flying,” a guy wrote. “And I was having the time of my life and then I saw all of my neighbors and friends looking out of their windows, staring at me so I started teasing them, just saying ‘haha I can fly and you can’t’!”

And then what happened? “I don’t know, suddenly I just stopped flying,” he added. “As in, I just couldn’t fly anymore so I plummeted to my death”.

“I was eating lemons with Tamer Ashour”

Be honest, do you think this is some sort of code, because we do? Could it be a warning sign for the level of emotional bitterness in the next album…well, we hope it’s an indication.

“I don’t know why this happened, I truly don’t,” the person said. “But for some reason, Tamer Ashour was in our kitchen and he and I were peeling lemons together and eating them. I don’t remember if he sang but I cried.”

“I died twice. And I also turned into car fuel for some reason?”

Hey remember when we said sometimes dreams are weird? Yeah, we were not kidding. Just look at this little gem.

“So I died,” a guy wrote. “And then by some weird recycling force, I was turned into car fuel and I was put into this car…and then the car crashed and I died again!”

“I was living a weird Inception/Alf Mabrouk kind of thing”

Okay, so heads up, we’ll need you to focus while reading this because honestly it confused us too. Ready? Great. Here it goes:

And can you guess what happened next? “I went to open the bathroom door and it turns out I was still sleeping! So I got up again to go to the bathroom and, yes — still sleeping but when I woke up that time it was for real…I hope.”

Imagine if everyone covered up right when they slept — we wouldn’t have had all these gems!