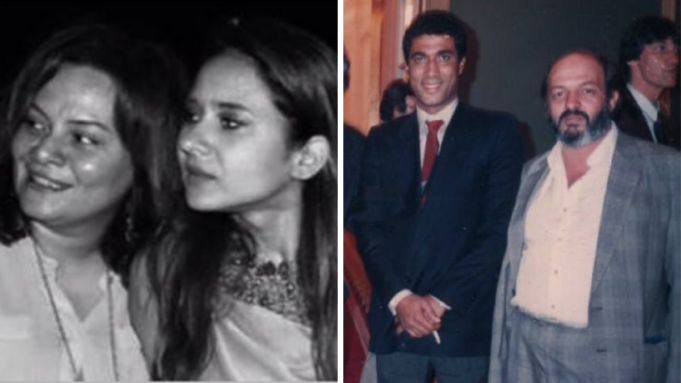 The entertainment scene is a tricky one, isn’t it? It’s all full of highs and lows and chances to secure greatness and missed attempts at what could-have-been’s. In the midst of all this, though, some industry pros have found their golden ticket to iconic status — a really good partner!

Yes, it’s as simple as that. Think about it. Talent aside, those who changed Egyptian entertainment always had the best of the best by their sides. And we’re going to prove it through these 7 iconic actor-director duos!

They don’t call it the Arafa-verse for nothing, right? Okay, so we totally made that name but that doesn’t take a single thing away from this duo’s cultural impact.

Come on, think about it. How different would the entertainment scene be without El-Erhab Wel Kabab, El-Mansy, Teyoor El-Zalam, and El-Le3b Ma3 El-Kobar? It’d be pretty dull, let’s tell you that.

You may not remember this but there was a time when Nelly Karim didn’t do characters that were as complex as her recent roles in Zat, Ghalia, and as of Ramadan 2020, Sokar.

This all changed, though, when Nelly Karim and Kamla Abou Zekry embarked on a partnership that showcased both of their immense talents!

Talent breeds talent, so this duo is not exactly a great surprise. And before you say we’re just being ridiculous right now because everything Yehia El-Fakhrany touches is gold, we’ll have to stress that as great as some actors are, they still need wonderful directors to land a cultural impact.

And, yes, this happened here. Sure, we’re biased but come on? El-Khawaga Abdelkader, Wanoos, and Dahsha — you can’t get a hat-trick like this if you tried!

Youssef Chahine is a genius, that is something we all know, but genius needs chameleon-like actors to spread its wing. And that’s exactly what Mohsen Moheddine was.

Sure, Moheddine had taken a pretty long hiatus but he’d made his mark. Together, Youssef Chahine and Mohsen Moheddine had done 2 of the 4-part Chahine pseudo-autobiographical films, El-Youm El-Sadis, and Adieu Bonaparte.

Iconic duo just from the names alone, right? With the people’s hero in Ahmed Zaki and the people’s director in Mohamed Khan, this pair went on to dazzle us with many gems that are now classics in their own right.

Weird names to find on an iconic duos list, huh? Well, they won’t be once you remember that Sandra Nasha’at gave us the 2 iconic Karim Abdelaziz movies that were the Harameya movies.

Now, it all makes sense, right? Well, get this. The Nasha’at-Abdelaziz connection is also what gave us Leih Khaletny Ahebak too!

Two Sandra Nasha’at mentions in one list and you’re about to see why! See, the director’s partnership with Karim Abdelaziz wasn’t the only partnership that made iconic status. Hers with Ahmed Ezz did too.

The films speak for themselves, you know. El-Rahina, Malaky Iskendereya, Masgoon Transit, El-Masalaha. See? We told you it makes sense.

Any iconic partnerships we missed?