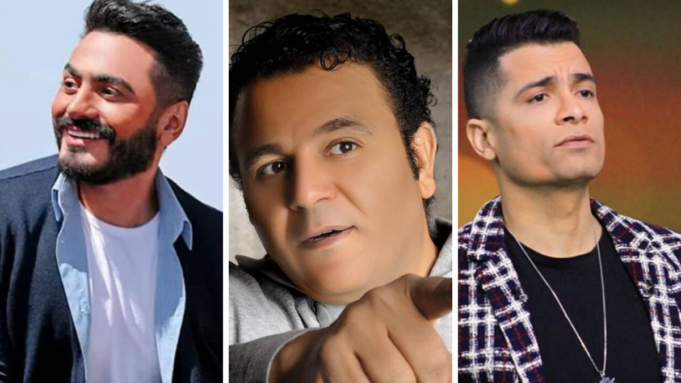 Football is a big thing in Egypt. We know this sounds like a huge understatement but we don’t think anyone knows just how big the football umbrella is in our country.

See, we have this theory: out of every four people, at least one was trying to be a footballer. Even those who became big hotshot stars tried to be footballers at one point.

Don’t believe it? Well, check out the full list here.

A lot of you have heard faint rumors of Ahmed Salah Hosny’s previous career as a footballer, but somehow we were just never really that sure if it ever happened.

Well, guess what? Ahmed Salah Hosny was a footballer for Al-Ahly until 2009 when he retired and turned to acting, composing, and writing.

Yes, Nour El-Sherif’s Zamalek stint was not only a fictional story for Ghareeb Fi Beiti; it was actually a real thing. El-Sherif actually went to the Zamalek football academy and played as a pro for a while too.

Can you imagine the 80’s and 90’s without Fouad’s musical skyrocketing?

Neither can we but apparently, had things gone differently at Al-Ahly, we might have had to imagine that era in a totally changed lens.

A notable un-Egyptian exception to this list, Dhafer L’Abidine didn’t always want to become an actor.

No, rather he wanted to become a pro-footballer and did make that dream a reality by playing for Tunisia’s respectable E.S. Tunis for a while.

This mahraganat singer has shot into nationwide fame almost overnight, but before he was making music, he was an aspiring athlete.

Hassan Shakoosh recently mentioned he played for clubs like El-Dakhleya, El-Masreya Lel Etisalat, even playing alongside players like Amr El-Soleya.

If you thought Youssef El-Sherif was showing a lot of talent in El-Alamy, you won’t be this shocked to discover that before excelling as an actor he used to be a footballer.

Though you won’t find incredibly high quality videos of his time as an Ahly footballer, Tamer Hosny did actually start out as an aspiring footballer, graduating from the Zamalek academy before his transfer.

Then, of course, Tamer Hosny found his true calling and became the singing sensation we know today.