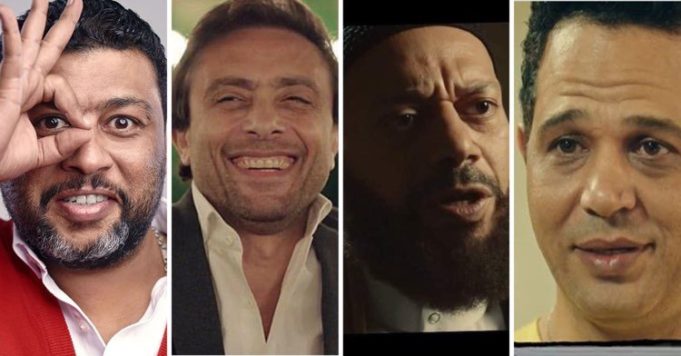 You don’t have to be the protagonist to steal the show and win people’s hearts. This list of stars who really perfected their Ramadan characters are the best testimony to that!

Loay Omran is a familiar face in the drama scene. We all still remember his role in “Taht El Saytara”, right? A real talent that we got to see more of, thanks to Kamla Abou Zekry’s B 100 Wesh.

Another star we absolutely loved seeing him shine this Ramadan is Edward. He did a great job in both El Brens and Forsa Tanya. Doesn’t he look wise with that grey-look?

Mostafa Darwish totally nailed the victimized husband role in Kheyanet Ahd and his comedy side really surprised everyone in B 100 Wesh. This is one talent to keep an eye for!

Every year, he takes a slow but confident step towards stardom. But we feel that landing the role of Yasser and doing it so perfectly will be his turning point!

He’s always been an acting force to be reckoned with (3am Diaa is a case in point). We’re super glad he’s getting more roles because he sure deserves it!

We always perceived Mohamed Mahran as a true talent but his character “Hamada” in El Brens made us see him in a different and more interesting light!

A serious talent that is so underrated is Diaa Abdel Khaled. This man is an acting force that keeps on improving and we would like to give him a shout out for his role in both El Fetewa and El Ekhteyar!

Any other stars you loved seeing this Ramadan?