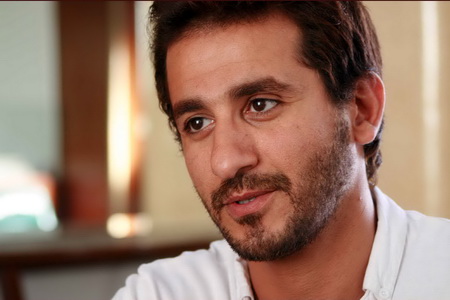 Have you ever wondered what it is that you do that makes a guy suddenly vanish? Well, some are just psychos, but others seem to have legitimate reasons for their sudden loss of interest. Eight Egyptian guys share the things girls do which make them want to run out the door:

-“If she doesn’t take care of herself, in the sense that she could be very pretty, but she never highlights it. BODY ODOR is a killer. If the girl is wearing a tank top for example and there is a bad smell every time she raises her arms, that’s just deadly. On a deeper note, if she isn’t herself around my friends or around people in general, this is it for me. I can’t be with someone who fakes who they are around others.”

-“I get the fact that girls don’t always have the time to wax and get their eyebrows and mustache done, but if you’re wearing ripped jeans, the least you could do is shave. I also understand sa3at el wa7ed bykhrog 3an she3oro, but to cuss loudly is the biggest of all turn offs. I’m not sitting with wa7ed min el shabab.”

-“I can’t stand it when the girl thinks it’s cute to be dumb. Breaking stereotypes and speaking in a vulgar way is also a killer. I just can’t have a conversation with her saying things like ‘batates’ or ‘enta helwa’ with every breathe. You can say it when you see a dog, but not have an entire conversation with such vocab. Long nails are a no no for me. They honestly disgust me.”

-“Lying and ta7weer. For example, she would tell me that she isn’t talking to certain people but then I find her texting them. Or treating her best friend like her boyfriend and doing things like sitting on his lap. There’s a fine line between a best friend and a boyfriend wallahy.”

-“If her mind doesn’t impress me. If she can’t keep the conversation going or all she talks about is make-up and fashion. You honestly have the girls for that.”

-“Law tenka. No matter how beautiful she may be, if she thinks tanaka is the way to get me, it really isn’t. If she treats people in a bad way. In a sense, if we’re out on a date and she talks to the waiter in a disrespectful way. Or for example, if she tries so hard to impress. You really don’t have to impress me. Just be yourself; that’s impressive enough for me.”

-“Don’t keep talking to me about your ex. I know what went wrong; we talked about it once but that’s it. Bringing him up the entire time isn’t a healthy thing to do and makes me lose interest in a split second.”

-“Sending mixed signals. I need to understand if there is something going on or not. I can’t seem to make sense of you talking to every guy you know in the same way. Yes, girls actually do that!”

Let us know in the comments section below what triggers you to lose interest.